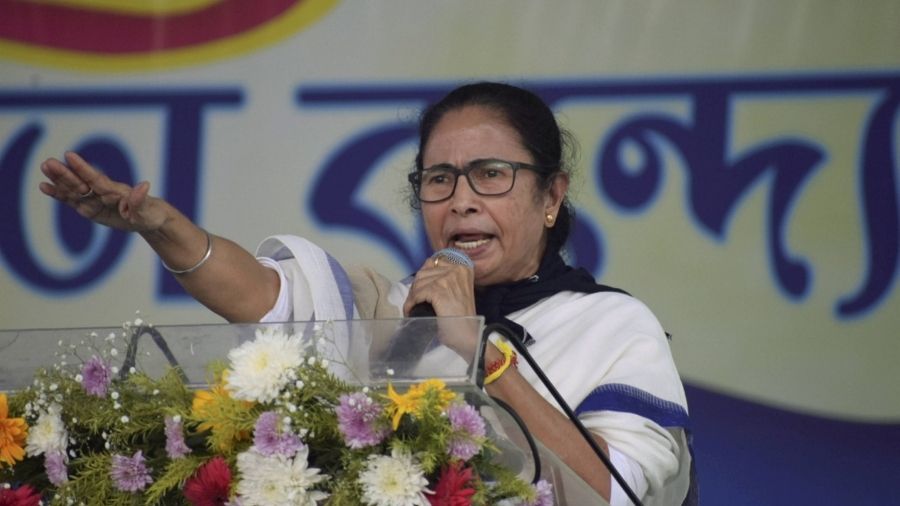 Bengal Chief Minister Mamata Banerjee, while addressing a rally in the state’s Bankura district, called the Bharatiya Janata Party (BJP) a “garbage of lies”, daring them to arrest her and asserted that she would ensure a victory for her party Trinamool Congress (TMC) even from the jail.

Referring to the saffron party as the “biggest curse of the nation”, she accused them of trying to poach TMC MLAs by trying to bribe them. Without naming anyone, the CM said that some people are acting as turncoats who are staying under the illusion that the BJP may come to power in the state.

The Assembly elections in Bengal is due in April-May, with 294 seats being up for it.

Accusing the BJP of various issues, Banerjee said, "The BJP is not a political party but garbage of lies. Whenever the election arrives, they bring up the issue of Narada (sting operation) and Saradha (scam) to intimidate TMC leaders.

"But let me tell them very clearly, I am not afraid of the BJP or its agencies. If they have the guts, they can arrest me and put me behind the bars. I will fight elections from jail and ensure the victory of the TMC," she announced at her first major public rally in post-Covid times at Bankura.

The chief minister, in a reference to the recently conducted Bihar Assembly elections, said even RJD supremo Lalu Prasad Yadav is serving jail term but he made sure his party performs well.

"Even Lalu Prasad Yadav has been put behind bars but still he has ensured his party's good performance. The victory of the BJP (in Bihar) is through manipulation and not through popular mandate," she said.

Hitting out at the saffron party for allegedly making attempts to bribe and intimidate TMC MLAs, Banerjee said, “"Few people are under the illusion that they (BJP) will come to power, so some people are trying to take a chance. But I want to say this clearly, there is neither any chance nor 'by-chance' for the BJP to come to power. We will again return to power with a bigger mandate."