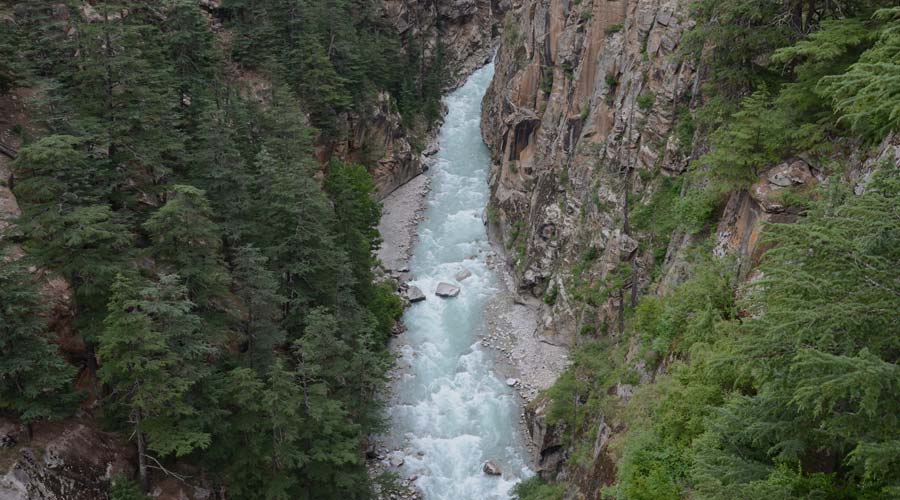 Five tourists from West Burdwan were killed and seven injured when their van fell into a gorge after ramming into another one of their convoy that had turned turtle on a hilly road in Uttarakhand’s Bageshwar district on Wednesday afternoon.

Sources said 12 tourists from Raniganj, Asansol and Durgapur were in a Tempo Traveller that fell in the gorge in Shama village in Bageshwar.

They were part of a group of 30 tourists in three Tempo Travellers.

“We were returning to Kausani from Munsiyari (popular tourist spots in Uttarakhand) in three separate vehicles. Suddenly one of the three vehicles overturned in the middle of the road at Shama. The driver of our vehicle somehow managed to steer past. However, the third vehicle in our convoy rammed into the overturned vehicle on the narrow hill road and fell into the gorge,” said one of the tourists.

Initially, fellow tourists tried to rescue the passengers from the gorge. Soon, local people and a rescue team from the administration joined them.. All the 12 occupants of the vehicle were rushed to nearby hospital in Kapkot, where five were declared brought dead. Seven persons, who were injured, were admitted to the Kapkot community health centre. Sources said two are critical.

The news reached the West Burdwan district administration on Wednesday evening.  District officials said the deceased were identified as Subrata Bhattacharya, 61, and his wife Runa, 55, of Durgapur town,  Kishor Ghatak, 59, and Chandana Khan, 64, of Raniganj town and Srabani Chakraborty, 55 of Asansol.

“We are in touch with the administration there to bring back the bodies as well as those who are injured,” said a West Burdwan district official.

Citu state committee member from Durgapur Pankaj Roy Sarkar said one of the deceased, Kishor Ghatak, was a district secretariat member of the CPM’s trade union wing and an employee of Eastern Coalfields Limited.

“I cannot believe he is no more. Only a few days ago we met at our state conference at Jamuria. He was our trade union leader in the coal sector. I am shocked,” said Roy Sarkar.

Sources said the manager of a tour operating company that hired the vehicles was arrested by Uttarakhand police.