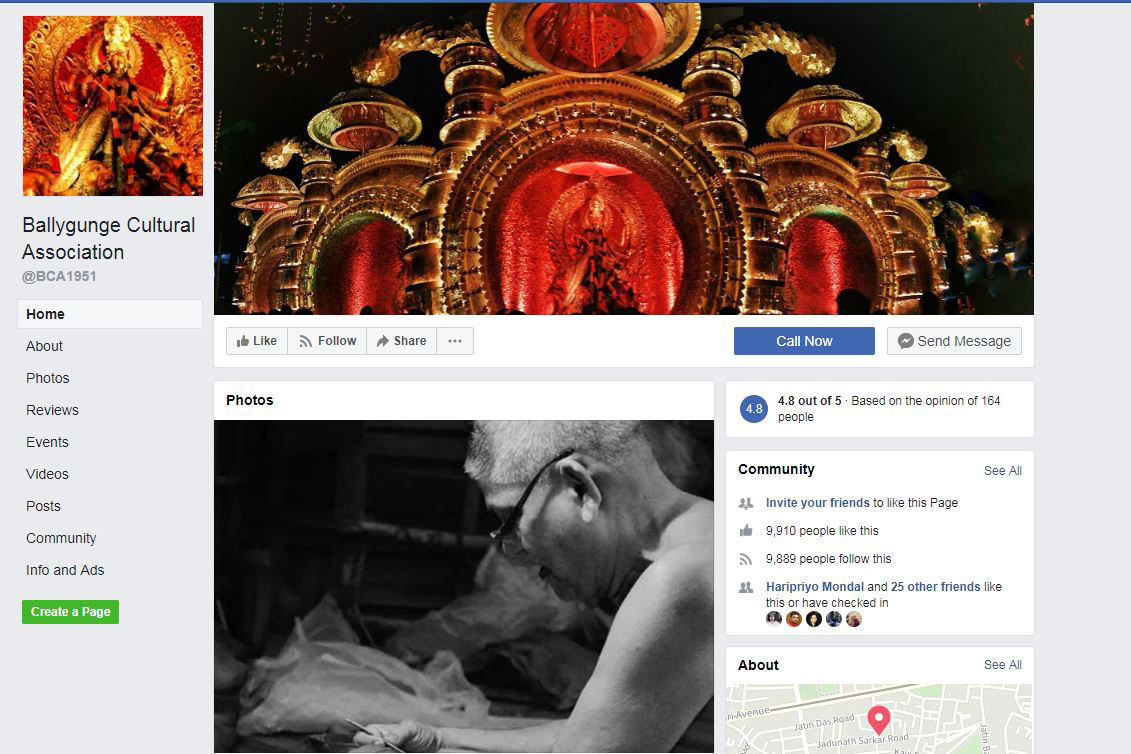 Durga will be riding into homes across the globe with Facebook as her vehicle.

In a first for Bengal’s biggest festival, a puja committee in Calcutta has got Mark Zuckerberg’s company as its official social media partner. This is also only the second time that Facebook India is partnering any on-ground event in eastern India.

“Facebook will be our exclusive and official social media partner this Puja,” Amitava Sinha, president of the Ballygunge Cultural Association, told Metro. “Our partner has promised to make this the most Instagrammable Puja ever,” Sinha said.

The action will start with moments from across Bengal and, as Mahalaya approaches, the focus will narrow down to the Ballygunge event. “Facebook will have a team at the pandal to record the most significant events. There will be a booth for selfies. People can share these moments via Facebook and Instagram,” said Anjan Ukil, the general secretary of the Ballygunge puja.

The hashtag created for this social media whirl is #biswapujo.

Almost every committee has its own Facebook account and can similarly use the medium, but the technical expertise of the in-house team will be a novelty to flaunt for the officially-partnered puja.