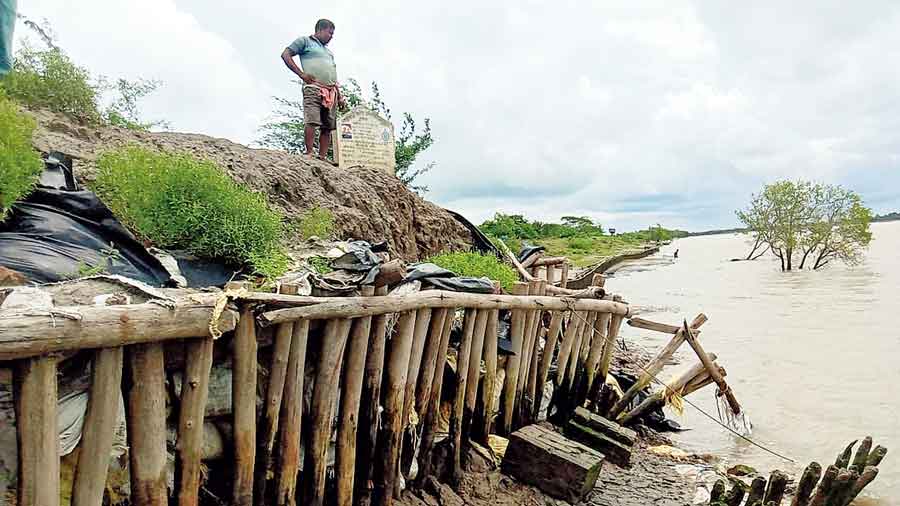 The Bengal government has asked administration in the coastal districts to remain on high alert although the depression formed over northwest Bay of Bengal, off the Odisha-Bengal coast, has moved west and is expected to be weakened by Wednesday.

The IMD had earlier issued an orange alert for the state’s coastal districts predicting heavy rainfall with thunderstorms and gusty winds of 60kmph.

However, on Tuesday afternoon, the depression moved towards west with a speed of 10kmph and is expected to turn into a well-marked low-pressure area over Chhattisgarh and its neighbourhood during the next 24 hours.The orange warning, issued earlier by the IMD predicting a threat to normal life and property, has largely been changed into a yellow alert that asks people to remain “watchful and updated”.

However, since the weather office predicted that despite the change in situation, “widespread rainfall” with “isolated heavy rain and thunderstorm” coupled with lightning could occur over the Gangetic Bengal up to Thursday, the Bengal government has asked the district administrations to be on the alert.Officials of the state disaster management department apprehend continued “light to heavy rain” with gusty winds of 40-50kmph up to Thursday over coastal districts, as well as in Howrah, Calcutta, Jhargram and West Midnapore.

This may impact normal life with possible inundation, waterlogging and breaches in earthen dykes.In the wake of the possibility of heavy rainfall, the administration has heightened the level of preparedness in the coastal districts of East Midnapore, South 24-Parganas and North 24-Parganas.

“We are prepared to handle any situation.... There has been a minor improvement in the weather situation. But it appears that there will be light to heavy rain in coastal areas like our district. So, there is little respite until the weather becomes clear,” a senior official of South 24-Parganas said.

Incessant rain in several areas of the Sunderbans region of North 24-Parganas has already created breaches in earthen dykes of a few rivers. In the Sandelbill area of Hingalganj block under the Basirhat subdivision, several breaches have been spotted in the dykes of the Roymangal and Kalindi rivers. A team of irrigation officials visited the spots on Tuesday and began necessary repairs.Ban on sea bathing stays in Digha, Mandarmani and other sea resorts in East Midnapore.

The the state disaster management department has urged people to stay inside as chances of lightning strikes were high.