Manish Subba is off to Germany to play football, Joseph Chhetri bags gold at Airtel Delhi Half Marathon 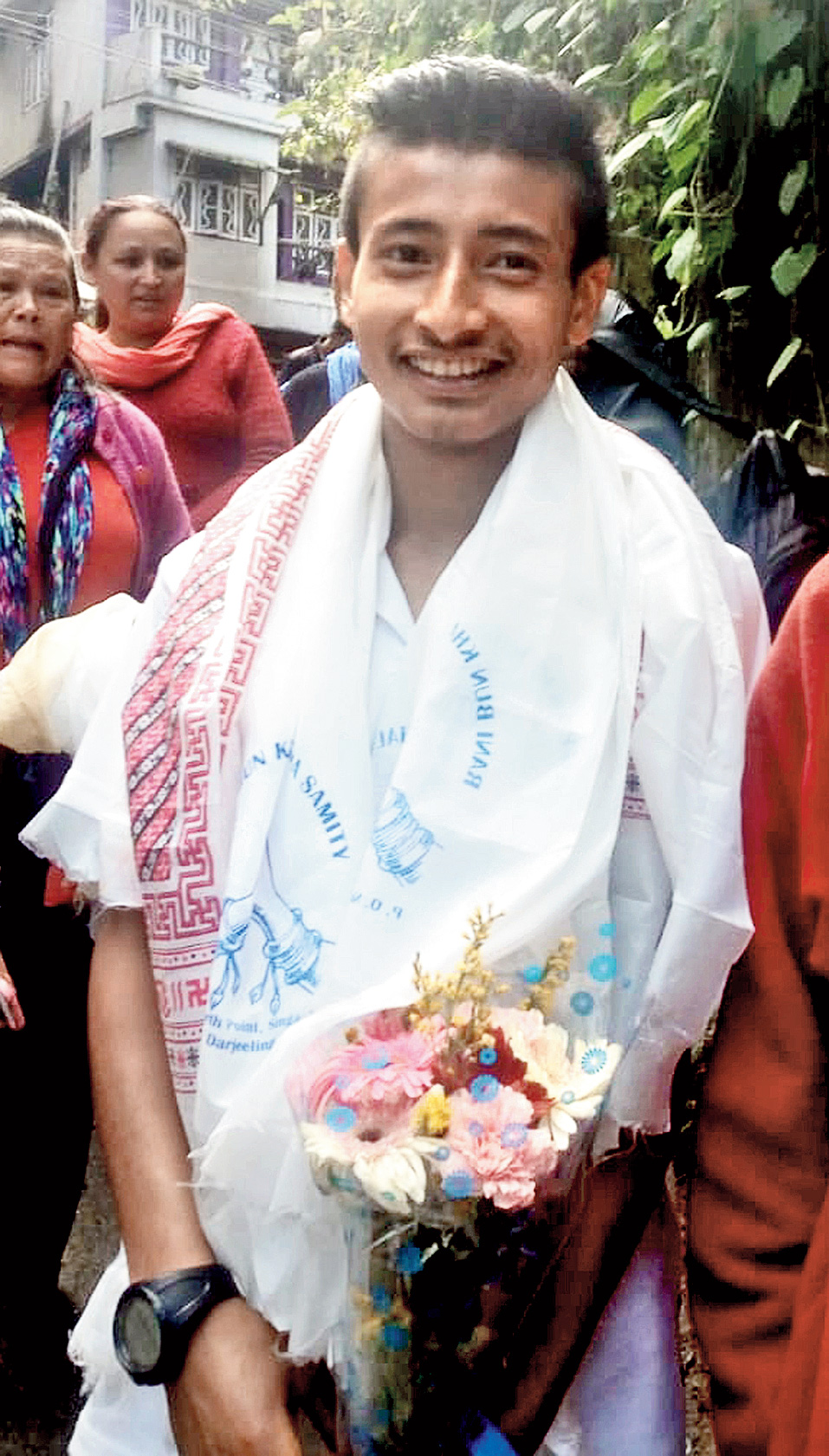 Manish Subba’s parents do not have a regular job while Joseph Chhetri lost his parents when he was young but the two youths from humble families in Darjeeling have made it to international platforms.

Subba, 23, will be flying to Frankfurt, Germany, on November 6 to hone his skills at Eintracht Frankfurt, which is among the premier soccer clubs in that country.

Chhetri,18, has just returned after striking gold at Airtel Delhi Half Marathon (15-19 years men 10km category), an event that attracts best from across the world.

Subba hails from Upper Line in Pulbazar. Chhetri is a resident of Raniban in Singamari, near Darjeeling. The success stories of the two youths is a reflection of raw talent in the hills which is yet to be tapped because of lack of proper training facilities in the hills.

Subba was discovered by Darjeeling police, which had recently organised a football tournament in the hills.

“In a bid to improve police-public relation, we had organised a football tournament in four GTA constituencies — Bijanbari, Tukvar, Badamtam and Pandam —which were most disturbed during the (last) agitation,” said Akhilesh Chaturvedi, superintendent of police, Darjeeling.

Subba was adjudged the man-of-the-series in the tourney. “We collaborated with Football Next Foundation, and we are sending him on a training and exposure trip to Frankfurt,” said the SP.

“I had not even dreamt of this journey in my dreams and so, I can’t even say that my dream has come true,” said the footballer.

Subba will hone his skills with the first XI of the club and watch matches at Commerzband-Arena, the club’s home ground.

Chhetri, too, started running when he was in Class VII at St Micheal’s School, Darjeeling. “In my first marathon, I came fourth and this was a big encouragement. I want to make a career out of this sport.”

Chhetri participated in marathons in Calcutta and Shillong where he was among the top 10 runners.

Some initial groundwork is being prepared to put in better sporting facilities in the hills.

Kaushik Moulik, founder, Football Next Foundation, said: “We are trying to set up an academy in Darjeeling and have sought help from Darjeeling police. We are looking at training 20 footballers who are under 12 for at least three years and then send them to Germany every year.”