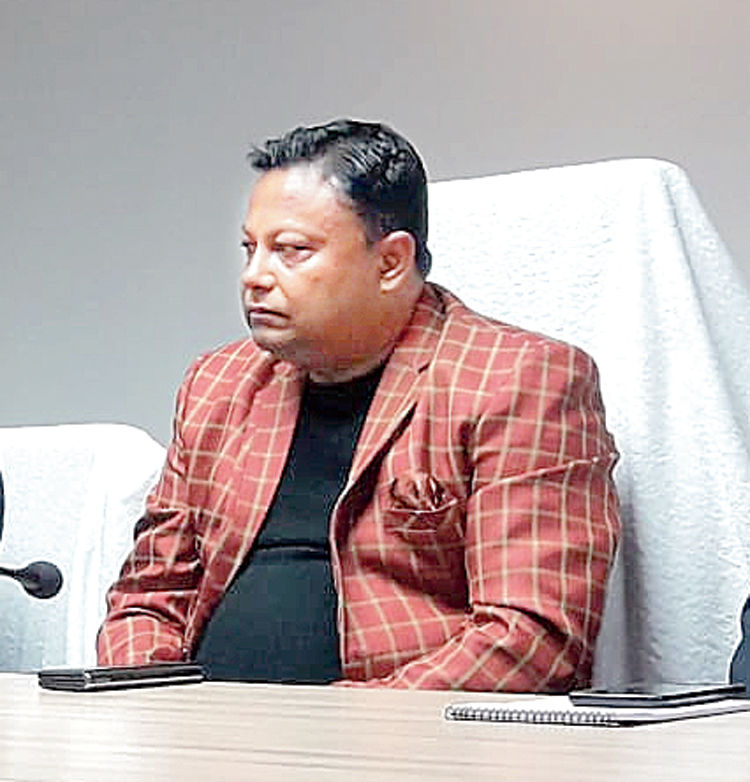 The authorities have left no stone unturned to prevent an outbreak of coronavirus and assuage the public’s concern with the Gorkhaland Territorial Administration holding a meeting to review its preparedness to tackle the pathogen and police clamping down on 15 Facebook posts which allegedly circulated wrong information about the infection.

GTA chief Anit Thapa on Wednesday held a meeting with Darjeeling district administrative and police officials and stakeholders of the tourism industry to discuss the disease.

Darjeeling superintendent of police Amarnath K. told the media after the meeting that the law enforcers had blocked 15 Facebook posts which were spreading wrong information about the virus. “We request the public not to spread rumours. Specific cases will be started against such people.”

The SP also said the enforcement wing of the police had been activated as there were complaints that prices of masks and hand sanitisers were being raised. “We request the public to immediately inform local police if they come across such instances,” said Amaranth.

GTA principal secretary Surendra Gupta said screening of people at vulnerable spots had started from February 27. He said 350 foreign tourists and 5,855 residents of 37 villages along the Nepal border had already been screened and no positive cases had been detected. “From tomorrow (Thursday), the GTA will distribute around 15,000 masks to drivers and those associated with the tourism industry,” said Gupta.

The GTA official mentioned a series of initiatives to calm the residents of region.