Covid surge: Mirik's Sumendu Lake will be closed from Tuesday 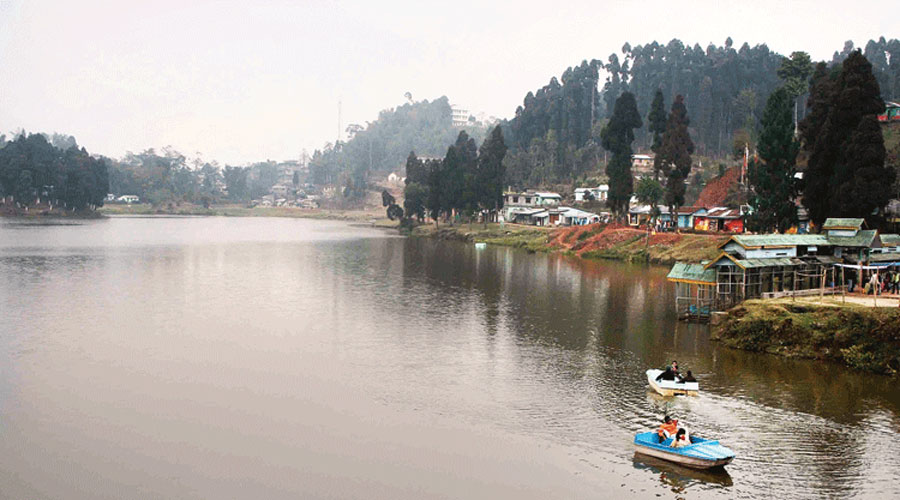 Sumendu Lake, the top tourist attraction in Mirik, will be closed from Tuesday, making it the first major tourist point to be closed in north Bengal after the surge in Covid-19 cases during the second wave of the pandemic. The lake is managed by Mirik municipality.

L.B. Rai, chairman of the civic body, said: “We have decided to close the gates of the lake from tomorrow (Tuesday) as part of our effort to contain the spread of the virus.”

The civic chairman said Mirik had recorded 11 Covid-19 positive cases in a single day on Monday.

“Tourists are coming, local residents are also gathering (near the lake). This is why we decided to close the lake as it is the top draw among the tourists in Mirik,” said Rai.

No government agency in Bengal has declared “a closure” yet.

On April 19, the tourism department of the Gorkhaland Territorial Administration (GTA) had decided to close down all lodges and tourist spots under its authority but the order was withdrawn within hours the same day.

There are around 30-odd properties including popular spots like Gangamaya Park in Darjeeling and lodges like Deolo in Kalimpong and Kurseong Tourist Lodge under the GTA tourism department.

Sources said that there was “some confusion” in interpreting the intent of senior GTA officials as a result of which the closure order was “erroneously” issued.

As of now there is no restriction on tourist travel in Bengal.

However, from Monday noon, it is mandatory for flight passengers to have a negative Covid report, conducted 72 hours prior to departure, for those arriving from Delhi, Uttar Pradesh, Madhya Pradesh, Gujarat, Chhattisgarh, Maharashtra, Kerala, Karnataka and Telangana.

In the neighbouring state of Sikkim, no tourist point has been closed as yet but all tourists entering the state have to produce RT-PCR test 72-hour prior to departure.

“However, those tourists whose 72-hour RT-PCR test has expired have to undertake a Rapid Antigen Test (RAT) either at Rango, Melli (entry points) and Pakyong airport,” said a source.

Travellers to Sikkim must register themselves in www.sikkimtourism.gov.in, the state tourism web portal.

From Monday, residents of Sikkim entering the state will also have to produce a 72-hour RT-PCR test report. “If they fail to produce the report, they will have to go in for 10 days of quarantine either at home or at a paid centre,” said a source.