As of now, there are 10 beds each in PICU and NICU, 31 beds in SNCU and four additional beds with ventilator facilities at the NBMCH 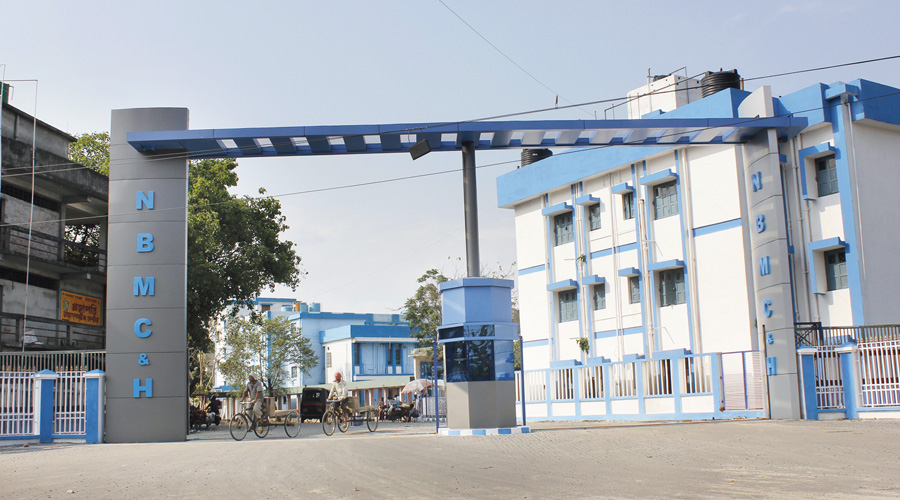 According to the state health and family welfare department, 55 beds would be increased in PICU, NICU and SNCU at North Bengal Medical College and Hospital.
File picture
Binita Paul   |   Siliguri   |   Published 26.06.21, 02:40 AM

A number of beds for newborns and children will come up at three units of the North Bengal Medical College and Hospital (NBMCH) to protect children from the third wave of Covid-19.

As of now, there are 10 beds each in PICU and NICU, 31 beds in SNCU and four additional beds with ventilator facilities at the NBMCH.

“We have nine district hospitals in north Bengal. In each of these hospitals, 20 beds would be increased in the PICU ward,” Roy added.

In another development, the authorities of Siliguri district hospital made some decisions on Friday to ensure that there is no anomaly over distribution of coupons for Covid-19 vaccine at the facility.

The Alipurduar Zilla Parishad has decided to provide an ambulance each to the seven blocks of the district and one to the civic body.

Sheela Das Sarkar, the sabhadhipati, made the announcement on Friday as the district celebrated its seventh anniversary.

Sarkar also mentioned that the zilla parishad would spend Rs 8 crores, received  from the state, for construction of roads and for drinking water supply in the rural areas.