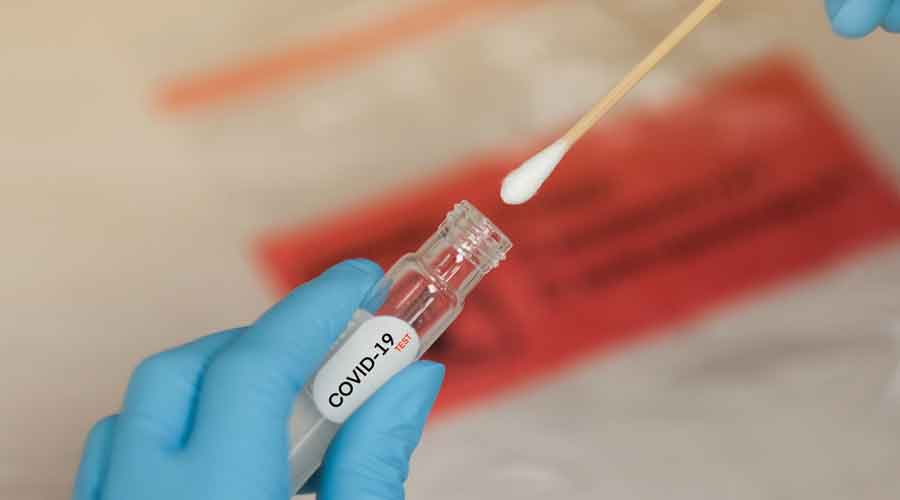 The youth was admitted to Raiganj Government Medical College & Hospital (RGMCH) four days ago with high fever. Doctors had advised a swab test
Shutterstock
Our Correspondent   |   Raiganj   |   Published 12.07.20, 01:38 AM

A youth who tested  positive for Covid-19 and fled home on Friday evening was soon tricked into revealing his whereabouts by a health team in North Dinajpur with the carrot of a “government aid” of Rs 2,000 for “getting his test done and for having nutritious food”. No such government allowance exists.

The 21-year-old bus cleaner from Raiganj is now admitted to a Covid hospital. A health official said they devised the ploy of calling up his cell phone with the bogus cash bait to bring him safely to a hospital.

Doctors advised his swab test for Covid-19. But before results could come in, the youth got better and was discharged from the facility.

On Friday, it came to the fore that he was among the six persons from Raiganj who were tested positive.

“All six were told and arrangements were made to shift them to the Covid hospital. Five patients were found but not him. He had escaped from home,” said a senior health official.

Health workers went into a tizzy fearing the youth would infect others by roaming around freely.

That’s when they decided on a ploy.

“We got his cell phone number and called him up to say that as a Covid-19 positive man, he was entitled to a government cash aid of Rs 2,000,” said a health worker.

“He was told that he would have to visit the RGMCH to sign and collect the cash for Covid-related expenses such as nutritious food. After some convincing, he agreed. He told us that he was hiding near a hotel in the bus stand area. We rushed an ambulance to the spot to take him to the Covid hospital,” the health worker added.

The youth who makes around Rs 9,000 in a month, admitted that he was tempted by the cash.

“I now also realise that it was wrong on my part to run away but I was scared when I learnt that I had contracted Covid,” the youth said.

Plabon Pramanik, secretary of Raiganj Bus and Minibus Owners’ Association, said they had asked all the shop owners and others in the area to sanitise the places where the youth had spent time before the ambulance came for him.