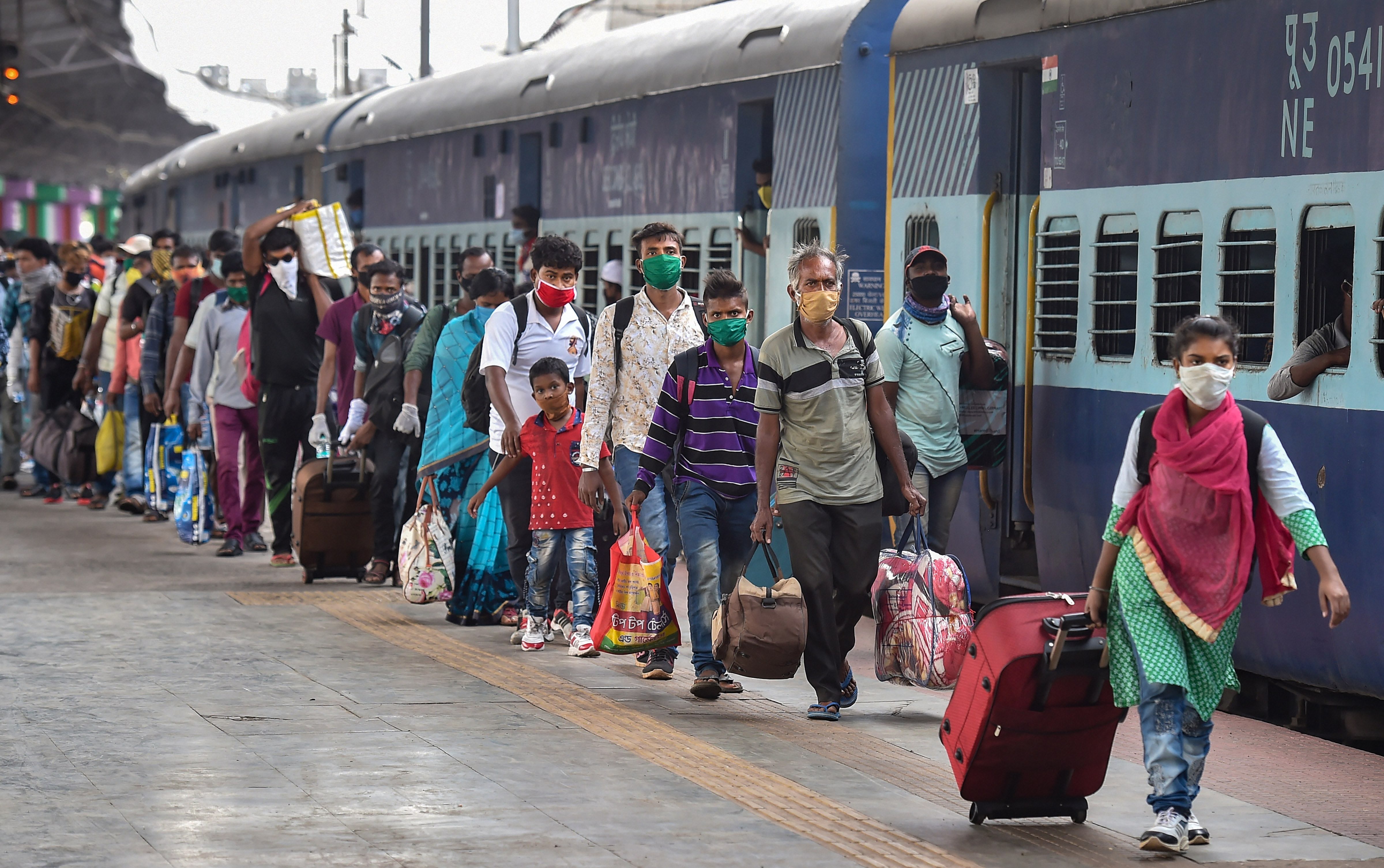 The Bengal government has decided to follow the same protocol adopted for the returnees on Shramik Special trains for the passengers of special trains from Covid-19 hotspots of Maharashtra, Gujarat, Delhi, Madhya Pradesh and Tamil Nadu.

This means, sources said, passengers coming to the state on Mumbai Mail (Mumbai-Howrah), Purva Express (Howrah New Delhi), Mahananda express (New Delhi-Alipurduar) and Ahmadabad-Howrah Express — out of the 12 pairs of trains that will reach Bengal over the next few days — would have to go for mandatory institutional quarantine for two weeks.

From Monday, the railways started running 200 special trains across the country over and above the Shramik Special trains. In Bengal, a total of 12 pairs of trains would run under the special category.

Bengal had earlier decided to send all workers coming in from the five states to mandatory institutional quarantine for two weeks. Workers from other states were being sent to home quarantine.

“The same protocol would be followed for the special trains coming from these five states. Passengers of four trains which would come from New Delhi, Mumbai and Ahmadabad would have to go for two weeks of mandatory institutional quarantine,” said a senior government official.

Sources in the state government said the large influx of migrant labourers over the past few days appeared to be a severe headache for the administration as making arrangements to send more than 1 lakh people to institutional quarantine was a huge task.

“So far, 150 Shramik special trains have reached the state and another 85 would come in the next few days. Of these, 40 trains have come from Maharashtra, while 11 trains arrived from Delhi and 14 from Tamil Nadu. Altogether, we arranged institutional quarantine for more than 1 lakh people,” said another official.

As several more Shramik Specials are yet to reach Bengal from the five states where the Covid-19 has spread rapidly, state government officials are worried over the four special trains which would be operated on daily basis.

“It is almost impossible to send all the people travelling on these four special trains as the state cannot have an infinite capacity to send people to institutional quarantine facilities,” said the official.

If the state was given the time to deal with the migrant labourers before running the special trains, the situation could have been handled in a better way, the official added.

“As the special trains have almost thrown a spanner into the state’s planning, we might be forced to bring down the institutional quarantine period to seven days to accommodate more people,” said a source.

So far, the state government has decided to set up quarantine centres at the schools in the respective blocks of the returnees.

“Primarily, it was felt that a total of 10,000 schools would have to be converted into quarantine centres. But it appears the figure would be much higher because of operation of special trains,” said a bureaucrat.