A police team had gone to Patshaora village around 1am on Tuesday to arrest some BJP workers: Sources 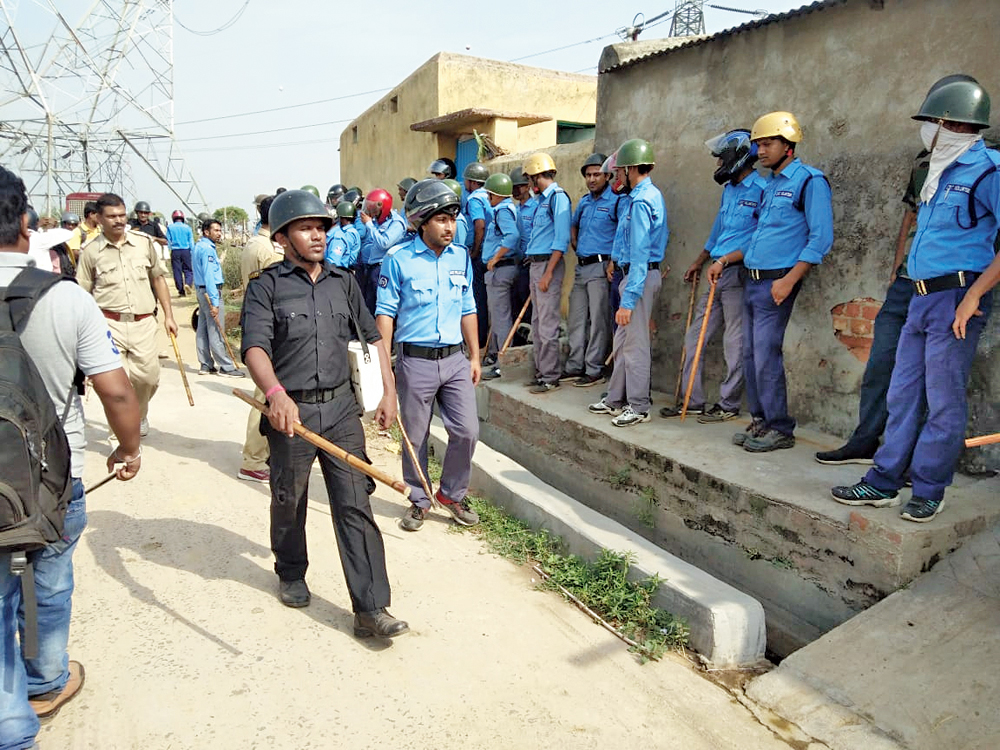 A police circle inspector suffered a grievous head injury and massive haemorrhage when a mob hurled brickbats at the force which had gone to a village near here on early Tuesday morning for arresting some BJP workers.

The officer-in-charge of Faridpur police station suffered a fractured arm and an assistant sub-inspector was wounded in the head. Four other policemen also received minor injuries. The circle inspector, Amitabha Sen, has been admitted to the intensive care unit of Health World Hospital in Durgapur in an unconscious state.

Prabir Mukherjee, a director of the hospital, said: “It is a grievous head injury and he underwent massive haemorrhage. He has lost at least 200 ml of blood. We suspect the left portion of his body has been paralysed. He is on critical life support system.”

A police officer said the attackers had also battered Sen’s head with stones.

The other four injured policemen were released after being given first aid.

Sources said a police team had gone to Patshaora village around 1am on Tuesday to arrest some BJP workers. They were accused of locking up the office of an alleged labour supply syndicate operated by Trinamul Congress on Sunday.

Sources said suspected BJP supporters retaliated after the police had arrested two of them. The BJP alleged that some Trinamul workers were accompanying the police to help them identify the homes of accused persons.

“The police had initially arrested two BJP workers from their homes. Later, hundreds of BJP supporters attacked them,” said a source.

Brickbats were hurled at the policemen and they were chased away from the village. Some policemen were also beaten up with bamboo sticks.

A large police contingent and combat force from Durgapur and neighbouring police stations rushed to the spot and rescued the policemen.

A police picket has been posted in the area after the incident.

The sources said Trinamul had given the police 48 hours to reopen the labour supply office and threatened to open it itself if they failed.

The BJP has said the police and Trinamul workers had attacked common villagers in a drunken condition and a retaliation followed. “No BJP worker was involved in the incident,” said Jiten Chatterjee, a BJP general secretary in West Burdwan.