Ramakrishna Math and Ramakrishna Mission did not have any authentic document stating the date of Ramakrishna’s death, a reason why they sought the records from the civic body 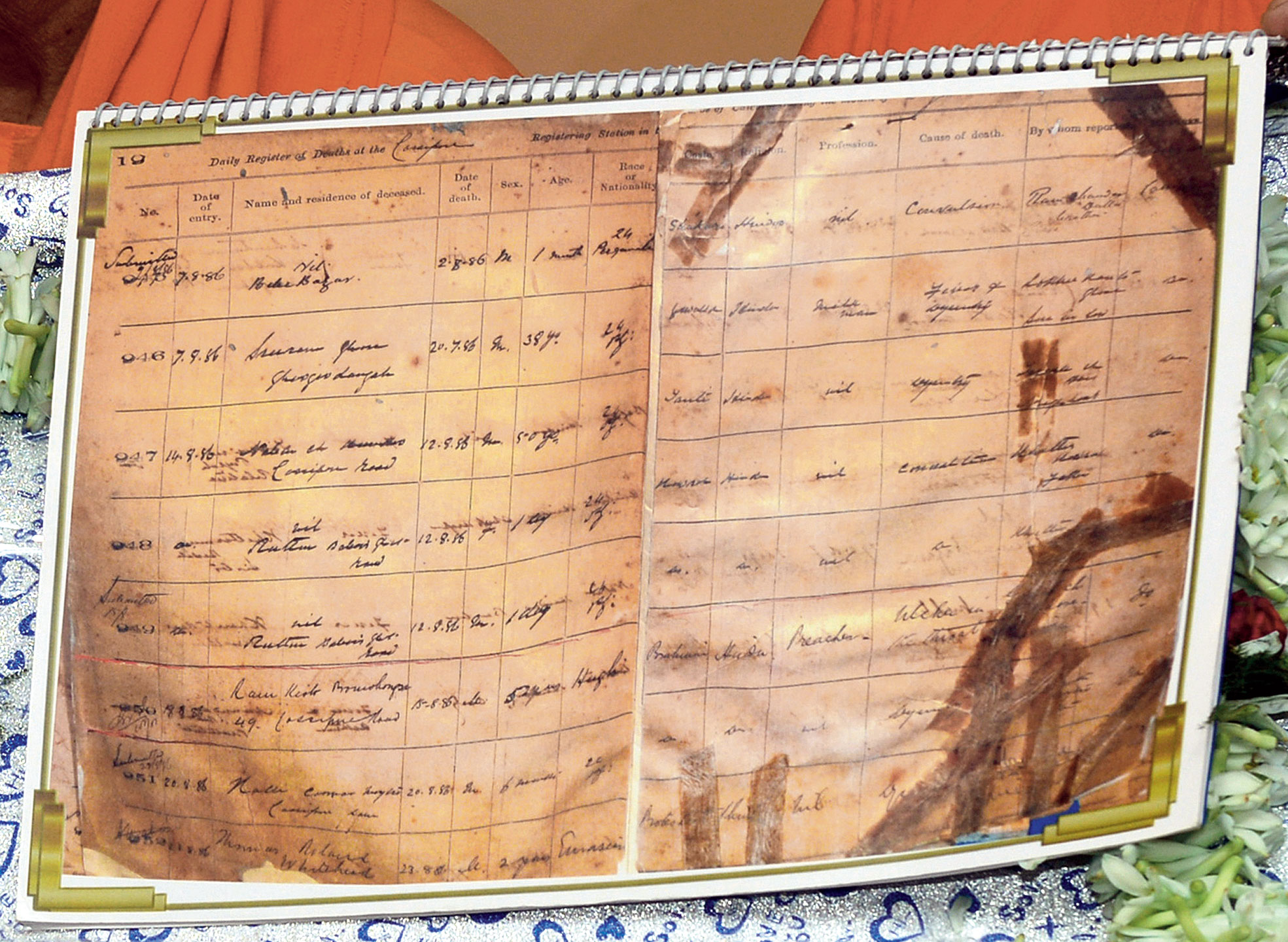 A page of the death register of Cossipore police station that shows an entry (marked with arrow) mentioning the death of “Ram Kisto Promohongsa”, who is popularly known as Ramakrishna Paramhansa
Picture by Bishwarup Dutta
Subhajoy Roy   |   Calcutta   |   Published 29.06.19, 07:08 PM

The Calcutta Municipal Corporation has managed to fish out a piece of handwritten document that dates back to 1886 and certifies the death of Ramakrishna Paramhansa.

The Ramakrishna Math and Ramakrishna Mission did not have any authentic document stating the date of Ramakrishna’s death, a reason why they sought the records from the civic body.

On Saturday, the civic body handed over a replica of the death register of Cossipore police station that contained the details of Sri Ramakrishna’s demise. 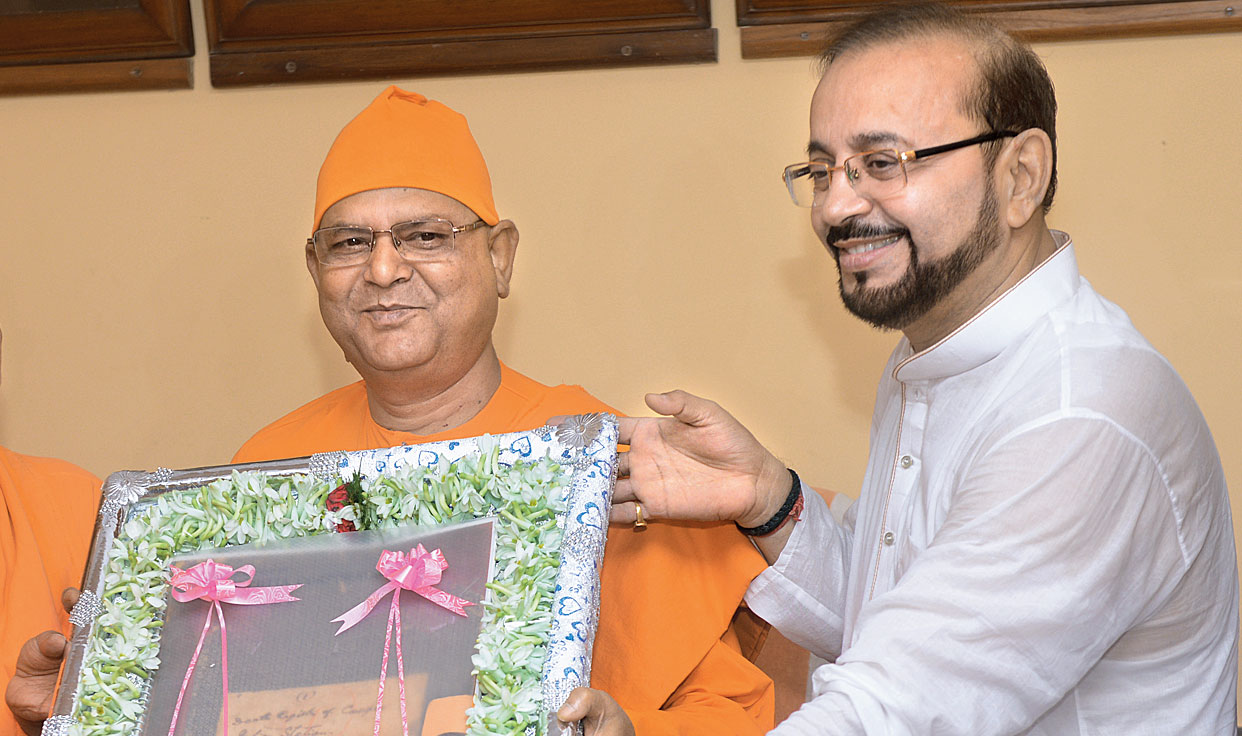 Deputy mayor of CMC Atin Ghosh hands over a replica of the death register that has an entry in the name of “Ram Kisto Promohongsa” to Swami Suvirananda, the general secretary of Ramakrishna Math and Ramakrishna Mission, on Saturday.
Picture by Bishwarup Dutta

The register identifies him as a “preacher” in the section for profession. The cause of death mentioned is “ulcer in the throat” though he is popularly known to have died of throat cancer.

Swami Suvirananda, the general secretary of Ramakrishna Math and Ramakrishna Mission, said during that time it was common belief that the natives could not have cancer.

“It was a belief among people at that time that only the British could have cancer,” he said.

“We did not have any official document regarding the death of Sri Ramakrishna. We knew about his death from other sources. We approached the corporation as we wanted to have his death certificate that would be an official document,” said Swami Suvirananda. 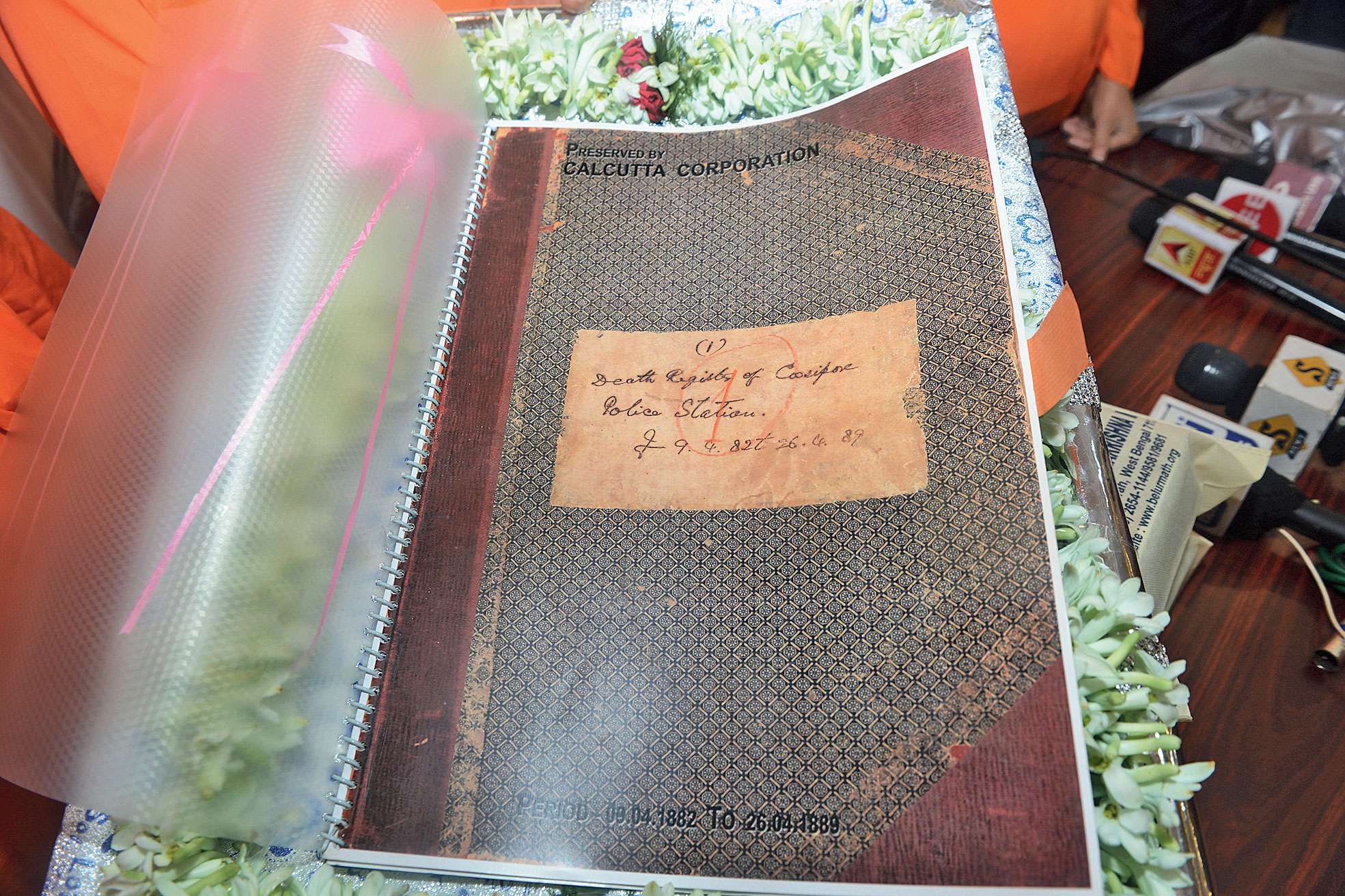 The cover page of the register.
Picture by Bishwarup Dutta

“In those days, the police station used to maintain a register where all people dying in its jurisdiction was recorded. Subsequently, when Cossipore was included in the Calcutta Municipal Corporation, these registers came in the possession of the civic body,” said Atin Ghosh, the deputy mayor of Calcutta, who was present during the handing over.

The replica would be kept in the archives at Belur Math, the headquarters of Ramakrishna Math and Mission, and will be on display in the museum on certain days.