All Ram Navami processions stopped in Barakar town, on the Bengal-Jharkhand border 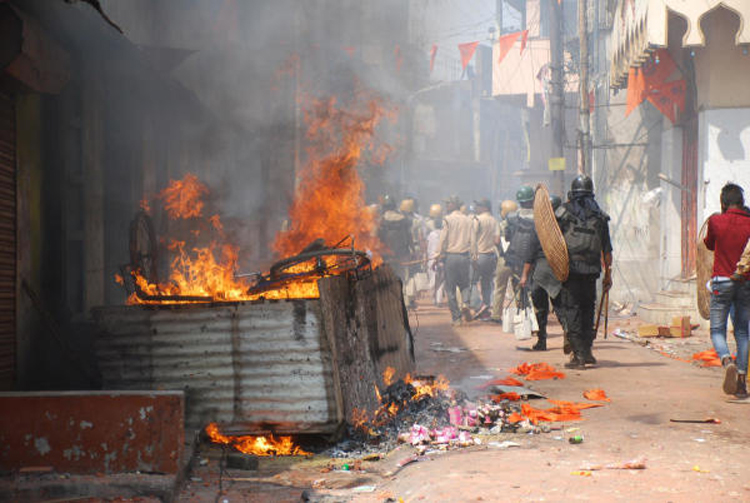 A clash broke out between two groups over a Ram Navami procession in a town in West Burdwan on Monday afternoon, bringing to the fore the risks associated with events in which weapons are brandished.

The situation was brought under control after police rushed to the spot in Barakar town on the Bengal-Jharkhand border. Barakar is around 30km from Asansol.

Section 144 of the CrPC, which prevents unlawful assembly, has been imposed and all Ram Navami processions stopped in Barakar. Central forces have been deployed.

“There was a minor incident which we have brought under control,” said L.N. Meena, commissioner of police in Asansol-Durgapur.

Keeping in mind last year’s violence over Ram Navami processions in Raniganj and Asansol, the police had initially decided to allow very few processions this year. But sources said both Trinamul and the BJP wanted to hold as many marches as last time.

“We have not given permission for any new procession this year but allowed all those that were held last year,” a district official said.

Asked if there was any bar on religious processions during elections, he said no such instruction had been received from the poll panel.