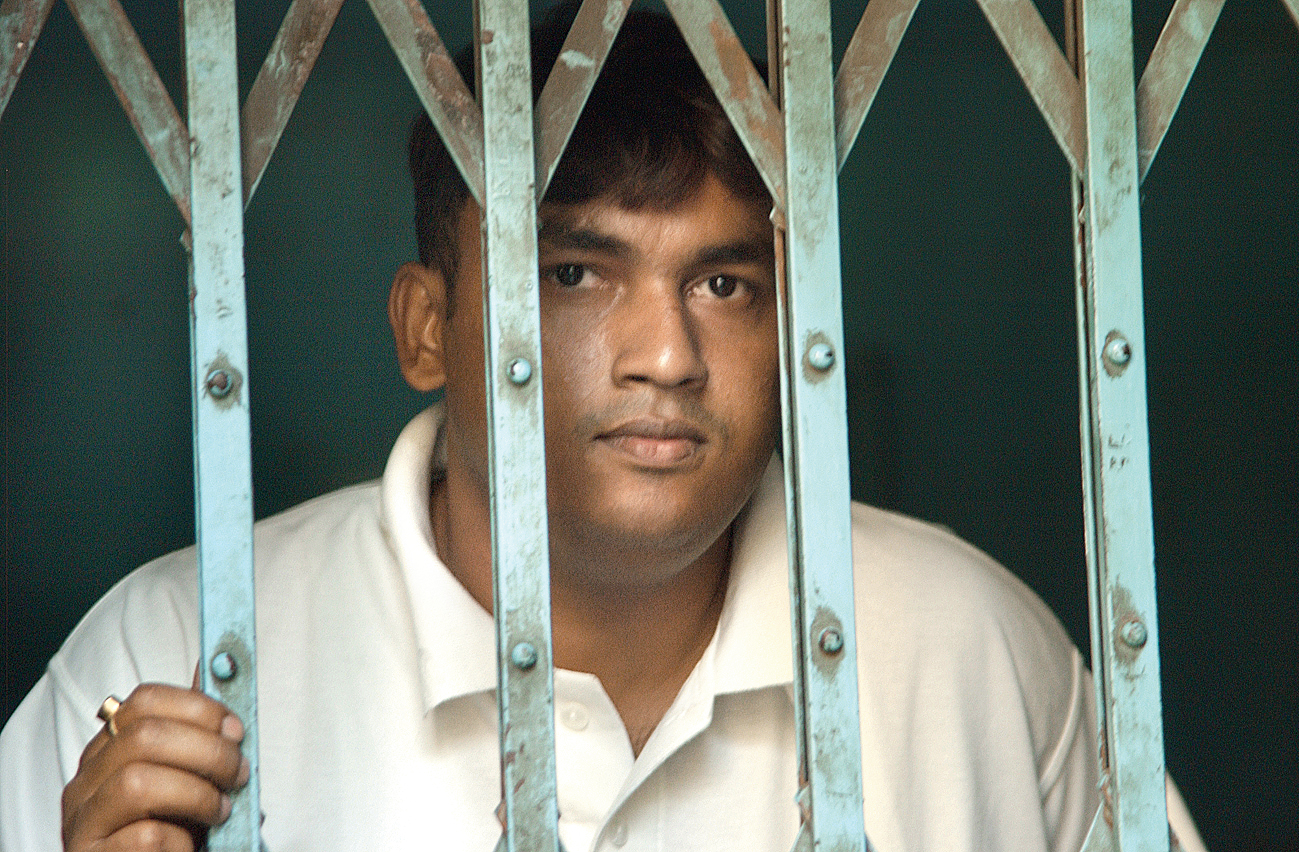 A realtor in the Burtolla area has alleged that Gabbar, a convicted criminal, called him from Alipore jail on Wednesday demanding Rs 5 lakh.

Rashid Alam, alias Gabbar, in jail since 2001, used to be a “terror to traders” in central Calcutta, a police officer who had worked in the area for years said.

Chetan Singh, the realtor, told cops on Wednesday night that the caller identified himself as Gabbar and said he would be shot dead if he did not pay.

The caller apparently texted Singh when he stopped taking calls from a particular number.

Singh lodged an FIR with Burtolla police station on Wednesday night against Gabbar and his suspected associate Ramesh Mahato, another criminal in the same jail. He alleged that Mahato, too, threatened him after Gabbar had spoken.

Gabbar was arrested in Kankurgachi in December 2001. He has several cases, including murder, extortion, kidnapping and attempt to murder against him, the police said.

“I received the first call around 6.45pm on Wednesday. The caller identified himself as Gabbar and started talking about a new project in the Sovabazar area,” Singh said in his complaint.

“He said his henchmen were roaming the city and they would collect the money from me. Then someone identified himself as Ramesh Mahato and threatened me.”

Gabbar, a resident of Uma Das Lane in Taltala, had stepped into the underworld by enrolling himself in the gang of the Akhtar brothers in the mid-90s.

He formed his own gang within two years and started extorting money from traders in the Kankurgachi, Phoolbagan, Burrabazar, Bowbazar, Hare Street and Shovabazar areas, an officer who had probed one of his crimes said.

After receiving the threat call, Singh discussed the matter with his friends, who told him it was “serious since the caller was Gabbar”.

Singh contacted officers of the anti-rowdy squad in Lalbazar who advised him to file a formal complaint right away.

“During his heydays, Gabbar used to harm everyone who refused to pay up. He even hurled bombs at two policemen on Park Street,” an officer of the detective department said.

Sleuths are trying to find out how the phone reached Gabbar. “We contacted the service provider to know the name of the person to whom the SIM card had been issued,” an officer said. Call details have been sought to find out if the caller was Gabbar.