Britain’s only Jagaddhatri in London 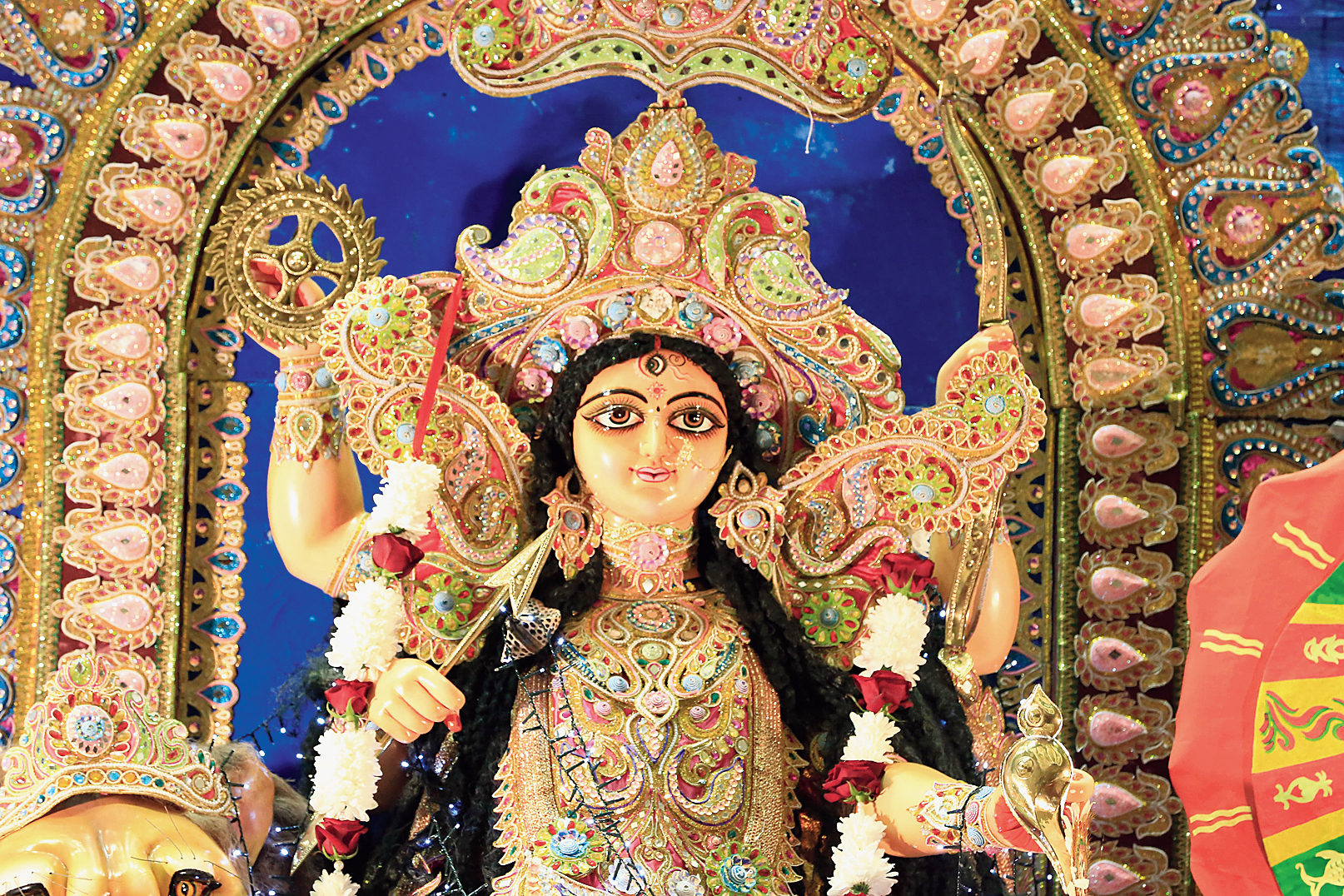 The Jagaddhatri that would be worshipped on Saturday in Harrow
The Telegraph file picture
Sudeshna Banerjee   |   Calcutta   |   Published 16.11.18, 08:28 PM

Britain has over 60 Durga pujas, including 25-odd in London, about seven to eight Kali pujas, and even 10 to 12 Laxmi and Saraswati pujas. But there is only one Jagaddhatri Puja.

“In fact, we are the only community Jagaddhatri puja in Europe,” said Kingsuk Bose of Bilete Bangali, a group of expatriates with roots in Bengal. The group, which originated as a Facebook community, now has over 4,000 members.

The puja would be held at the Zoroastrian Centre in northwest London. “During Durga puja, all the organisers are busy with their own pujas. But since we are the only Jagaddhatri puja, there are people visiting from all across England, even as far as Birmingham, Sheffield and Manchester. Many put up in hotels overnight. This is a great occasion for meet-ups,” added his wife Lopamudra Nag Choudhury.

A matter of distinction of the puja is the size of the idol. “I had the Chandernagore pujas in mind so went for a 12ft idol when the order was placed the first year,” said Bose, who initiated the puja with four other familes. That has caused storage problems. The fibre glass idol is too tall for normal warehouses.

Right now, the goddess occupies pride of place at the 82-year-old building in Harrow, with members holding last-minute rehearsals for cultural programmes. Stalls are being set up to sell typical Bengali snacks in the adjacent smaller hall.

There would be some contests too like Best Couple and Little Champs. “Members’ children from across England had posted videos on our Facebook page showcasing their talents. The shortlisted ones will perform tomorrow,” said Bose. The first Bileter Sera Bangali award would be conferred on Debashis Golder, regional manager, UK & Europe, Air India.

“We are gripped by sadness once Kali puja gets over. Jagaddhatri puja lengthens the festive season,” smiled Baishali Ghatak. Neither she, a resident of England for 21 years, nor her 18-year-old son had ever seen Jagaddhatri puja till this puja started.

The Ghataks have traveled to London all the way from Sheffield.

Baishali’s husband, a doctor, would perform the priest’s duty. “He has done Durga puja for three years in Sheffield. But it would be his first Jagaddhtri puja,” Baishali added.

“Bilete Bangali started out as a Facebook page. But we have grown into a platform for Indian Bengalis in the UK to showcase and share our culture. And we do much more than Jagaddhatri puja,” signed off Bose.