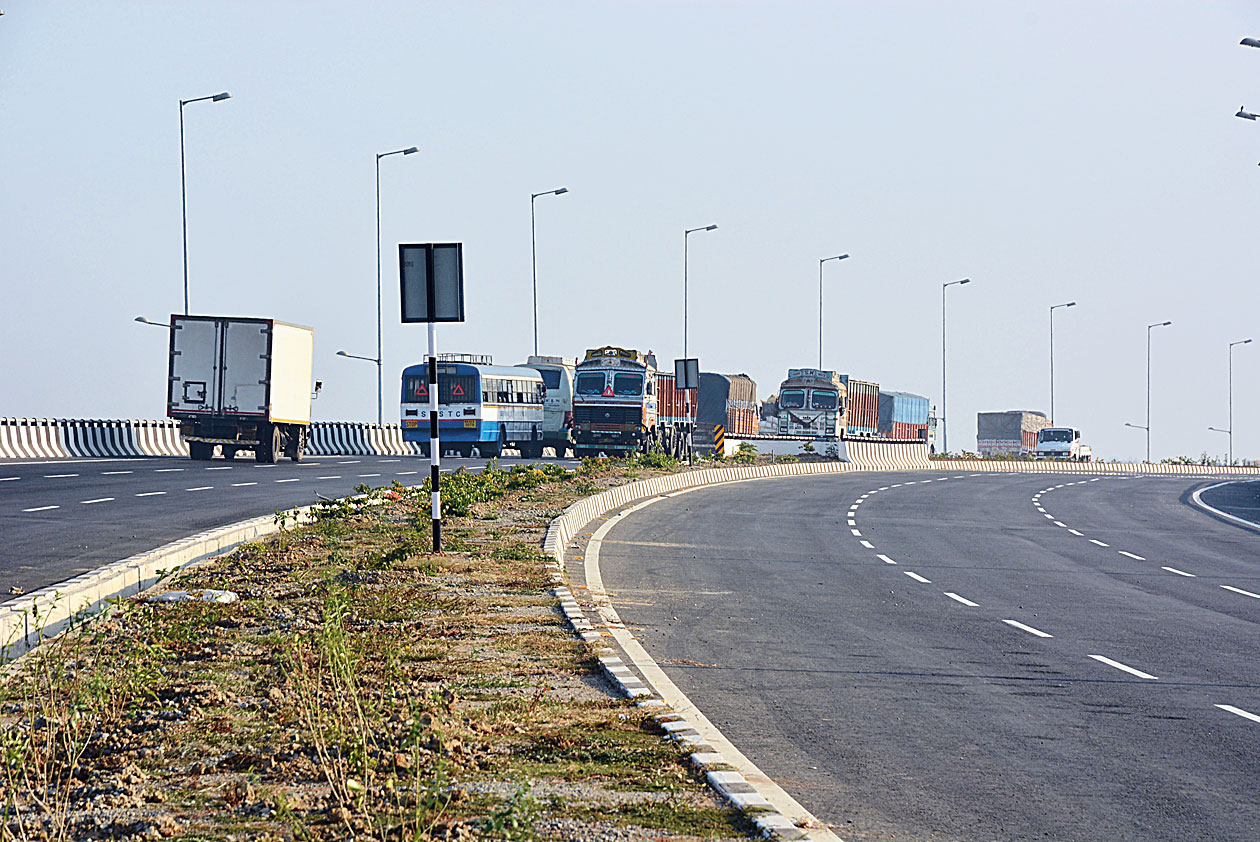 An initiative to levy toll on state highways in Bengal has been sent to the freezer as the government refused to clear a proposal to collect fee from vehicles for a 36km stretch of a state highway in Hooghly.

The move is all set to hit the government’s initiatives to maintain roads through user charges.

The Chanditala-Seakhala-Champadanga stretch of the SH15 in Hooghly was widened and strengthened recently by the West Bengal Highway Development Corporation (WBHDC).

“A proposal was sent to the public works department to allow the corporation to levy toll on a 36km stretch of SH15. The work on the stretch was done by spending Rs 155 crore. But the corporation has been asked to put the proposal on hold for the time being. The agency was asked to submit the file in mid-2019,” said a senior government official.

Sources said the file had been sent to the top brass of the government by the PWD. After getting negative response from the top, the PWD asked the corporation to put the toll plan on hold for few months.

“It appears the government is not ready to prescribe the bitter pill ahead of the forthcoming Lok Sabha polls,” a source said.

The corporation had been carrying out the work on the SH15 stretch for the past two years. Initially, the agency was given hints that it could be the first stretch of state highways where toll could be levied.

“The agency has already set up toll plazas on the stretch. The entire plan has hit a roadblock as the government has dragged its feet at the last minute,” said another official.

In August, 2016, the board of directors of the WBHDC had approved a toll policy for state highways, which was later approved by the Bengal cabinet. After the cabinet approved the toll policy, the PWD amended the West Bengal Highways Act, 1964 to make provisions for levying toll on the state highways.

Although the toll policy had exempted buses and minibuses from the purview of toll, the ruling party was apparently jittery to give a go-ahead to the policy.

“Although commuters of public transport won’t get affected, perhaps the government is worried over reaction from a section of the society, who will have to pay toll ahead of the 2019 polls. This raises questions whether the policy could be implemented at all as Bengal holds important elections almost every year,” said a senior bureaucrat.