The neighbouring country’s move signals that cross-border trade, which had come to a grinding halt since August 11, will resume 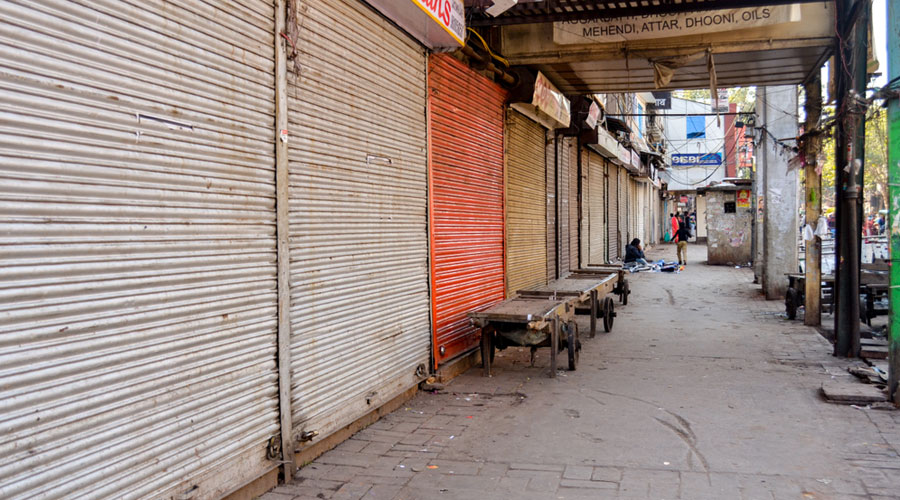 The Bhutan government has decided to start relaxing the nationwide lockdown, prompting loud cheers among traders on the Indian side of the border.

The neighbouring country’s move signals that cross-border trade, which had come to a grinding halt since August 11 when it clamped a total lockdown amid a sudden spike in Covid-19 cases, will resume.

In Bhutan, the Prime Minister’s Office (PMO) announced on August 31 — after 21 days of lockdown — that the government would initiate the unlock process from September 1 in three phases over 10 days, that is, till September 10.

Curbs will continue in Phuentsholing, Gelephu, Sandrupjonkhar and Samtse, near the Indian border.

“As of now, only a few trucks carrying petro fuels are entering Bhutan. There has been an improvement in the Covid situation in Bhutan and we hope unlocking will soon start in Phuentsholing that has been marked as a red zone,” said Rakesh Pandey, secretary, Jaigaon Hardware & Electrical Goods Merchants’ Association.

“This would bring some respite for us as we can resume supplying goods to the country. There has been a decline in supplies in the hospitality sector as tourist movement stopped. But even then, supplies that the Bhutanese population need can at least help us survive.”

Ramashankar Gupta, secretary of Jaigaon Merchants’ Association, pointed that easing of Bhutan lockdown could help them in another way.

“Because of the lockdown, we could not deposit Bhutanese currency we have with us in the banks in Bhutan. Many of us are sitting with hordes of Bhutanese notes and cannot use them to make payments (in India). Now that there are indications of relaxation, we feel we can get over this problem,” said Gupta.

According to trade statistics of Bhutan, goods worth over Rs 8,000 crore are traded between the countries in a year, and if electricity is included, the sum is over Rs 9,000 crore. “Of the total imports of Bhutan, 84 per cent is sent from India, and 74 per cent of Bhutan’s total exports are sent to India. This indicates the mutual dependence of both the nations,” said a trade expert.

The release issued by the PMO in Bhutan states: “We will strengthen vigilance along our borders and ensure augmented safety for trading interactions. Special and additional measures will be introduced in the high risk areas to protect the community. Additional tier of protection to avoid spillage of the disease from high risk to lesser risk communities will be ensured.”

Travel trade stakeholders are keeping fingers crossed. “We don’t know what is in store for us in this year,” said Biswajit Saha, secretary, Jaldapara Lodge Owners’ Association. The Tourism Council of Bhutan says over 2.3 lakh Indians had been to Bhutan last year.

This is 73 per cent of the total number of tourists who visited the country from other nations, says the data.