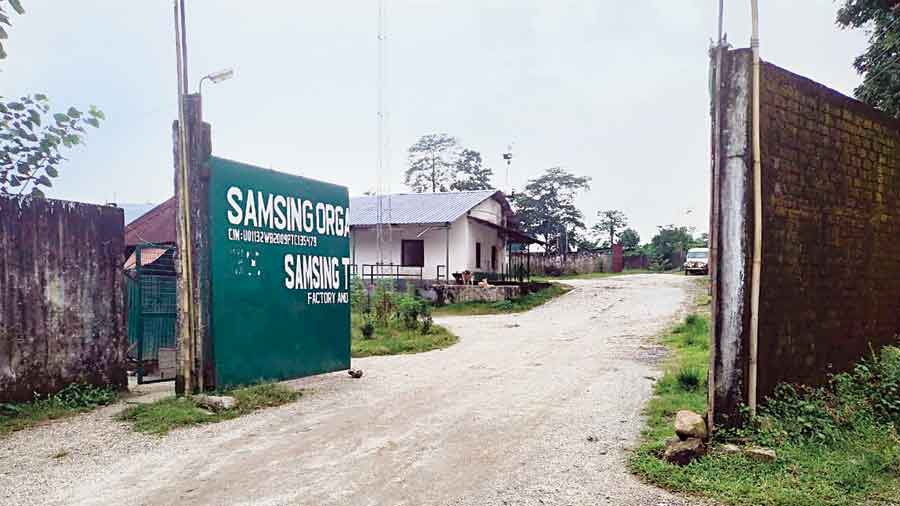 The impasse in the 10 hill gardens of the Darjeeling Organic Tea Estates Private Limited (DOTEPL) and in the Samsing tea estate of the Dooars over workers’ dues does not show signs of ending.

No decision could be reached at during a tripartite meeting on Wednesday by the state labour department to resolve the crisis of Samsing where the management had expressed its inability in running the garden from September 1 because of paucity of funds.

Samsing has 1,500 workers and their dependent families.

The meeting took place at Malbazar of Jalpaiguri district where representatives of the management and tea trade unions were present.

“There had been talks but the management couldn’t assure that they will continue to run the garden. The management cannot evade its responsibility.... The state labour department should look into the issue,” said Durga Sabar, a leader of Trinamul Cha Bagan Sramik Union of the garden.

On Tuesday, the Samsing management had sent a letter to the district magistrate, saying they could not run the garden because of financial constraints. The garden was earlier taken over by Prasanna Roy, whom the CBI had arrested last month in connection with the SSC scam. Prasanna is allegedly a close aide of former state minister Partha Chatterjee.

The ownership of Samsing is with his brother Jayanta Roy now.

Officials of the department, when contacted, said they are monitoring the situation. “Another round of talks will be convened soon. The management has been asked to clear the workers’ dues,” said an official.

On Wednesday, workers of the Darjeeling hill gardens under the DOTEPL continued their relay hunger strike for the third day, demanding immediate payment of their wages and salaries.

Groups of workers of the DOTEPL, which owns prominent gardens like Ambootia and Happy Valley, started a relay hunger strike since Monday, demanding immediate payment of wages, salaries, bonus and other dues under the banner of the Hill Terai Dooars Plantation Workers’ Union (HTDPWU), the trade union of Bharatiya Gorkha Prajatantrik Morcha headed by Anit Thapa. The management proposed to pay a part of the dues that workers have rejected.

“The relay hunger strike will continue till September 10. If our demands are not met by then, we will hold a meeting to decide the future course of action,” said a leader of the trade union.

Last week, the Darjeeling district administration had sent a letter to the DOTEPL, seeking clarification from their end. The letter said that the total dues of the 10 gardens —which has around 7,700 workers — is around Rs 3.50 crore.