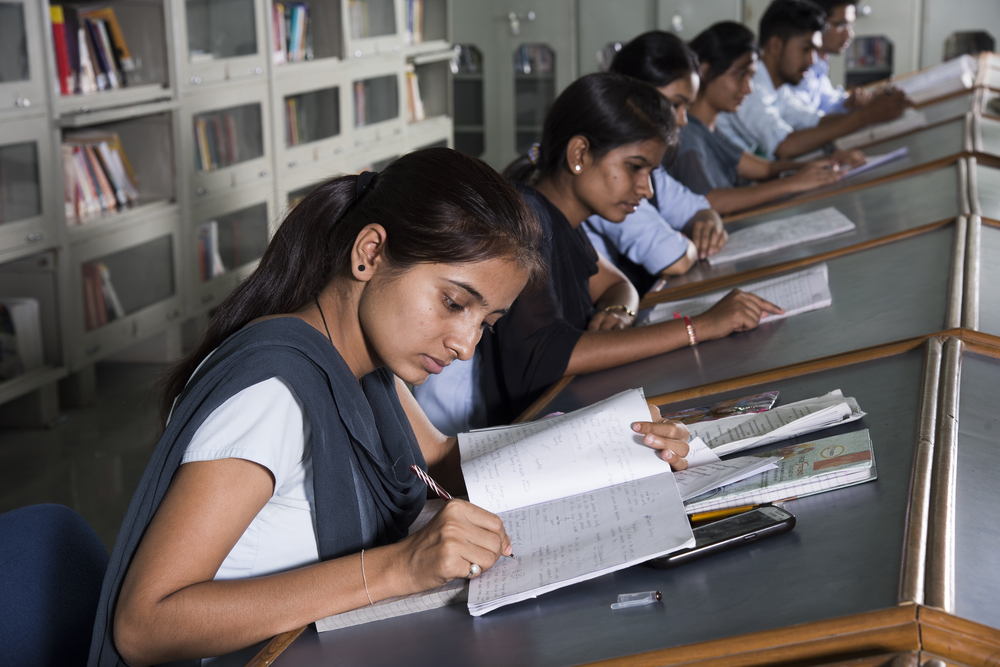 Reports of examinees having been caught cheating using phones have raised questions about the security measures taken by the council and whether the examination system was foolproof.
(Shutterstock)
Mita Mukherjee   |   Calcutta   |   Published 10.07.19, 09:27 PM

The Bengal Higher Secondary education council has decided to do away with answer scripts in the Plus-II exams from next year and ask the examinees to write in the space provided in the question papers.

Till this year the Higher Secondary question papers were split into two parts. Part-A consisted of long answer-type questions which students had to write on separate answer scripts.

The Part-B contained multiple-choice and very short answer-type questions which had to be answered in the question paper itself.

before submitting them at the end of each day’s test.

In the new system, the Part-A and Part-B in all subjects will be clubbed in the same question paper, said an official of the West Bengal Council of Higher Secondary Education.

Mahua Das, the president of the council, said the Question-cum-Answer Booklet (QCAB) that would be introduced next year would be helpful to students in many ways.

“We have adopted the QCAB process as part of our drive to modernise the examination system. This will also make the system foolproof,” said Das.

“One of the primary reasons for introducing the QCAB system is to prevent complaints of question leaks through WhatsApp messages,” an official of the council said.

In the Higher Secondary exams, questions are printed in Bengali, English and Hindi.

The council has planned to have all the versions of the questions along with the space for writing the answers in a single booklet.

The authorities hope that will make it difficult for students to take pictures of the questions and send the images through WhatsApp.

“In the existing system, a single page in a question paper would contain a number of questions. So, by clicking a single page with a cellphone and circulating it through WhatsApp, one could leak several questions,” the official said.

“That will not be possible in the new system because after every question, there will be some blank space for the students to write the answer. A single page in a question paper can have only one question and an entire page can be left blank for writing an answer.”

Higher Secondary questions were found circulating through WhatsApp while tests were on several times over the past few years.

In almost all cases, the council had denied that questions had been leaked because there was no proof that the WhatsApp messages had originated before the respective tests had begun.

Carrying mobile phones to exam venues has long been banned. Not just students, the ban is applicable to teachers and council employees, too.

The authorities had made various arrangements to prevent the examinees from entering the exam venues with cellphones.

Despite the measures, a number of students had been caught cheating using phones.

Reports of examinees having been caught cheating using phones have raised questions about the security measures taken by the council and whether the examination system was foolproof.

Another reason for the change, the council official said, is that the existing system is not student friendly.

“The examinees have to endure the hassle of tying the answer scripts of Part-A with the Part-B question paper after writing the test,” the official said.

Many students take additional sheets to write answers. Often examinees would forget to tie all the extra sheets with the answer booklet.

At times, examinees would tie the sheets loosely and some would go missing before the answer scripts reached the examiners.

In the new system, students will not be able to take the question papers home. After each day’s test, the council will post the questions on its website.