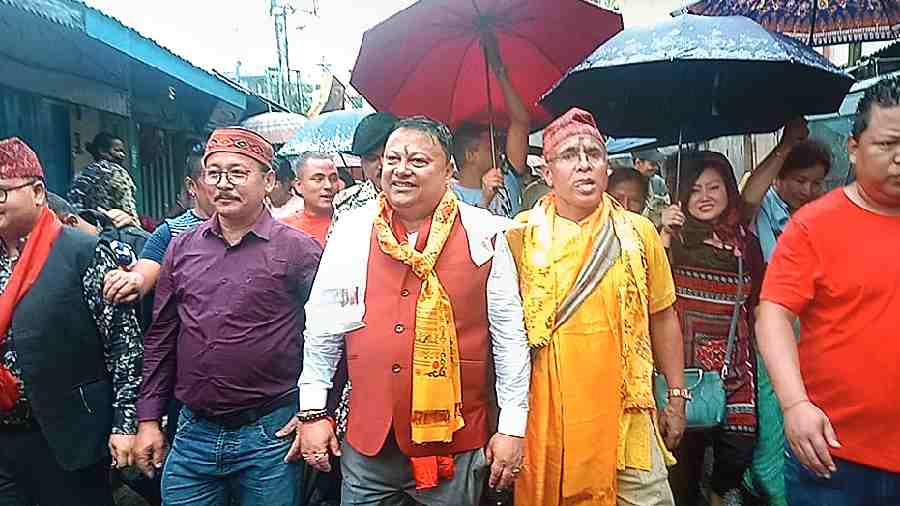 Prominent political figures from Darjeeling hills have jumped into the Gorkhaland Territorial Administration (GTA) poll fray which so far looks like a four-way contest among the Bharatiya Gorkha Prajatantrik Morcha, Trinamul, Hamro Party and Independents.

The last date to file nomination papers is Friday for the 45-seat GTA polls due on June 26.

The party’s general secretary, Amar Lama, will file his papers on Friday from Darjeeling Sadar -2 constituency. Lama is a municipal commissioner from ward 24 in Darjeeling.

While a commissioner has to resign from his post to contest the election, an MLA need not resign according to the GTA rules.

Trinamul’s candidate list has surprised many as it also includes former political heavyweights from the hills.

Ajoy Edwards’s Hamro Party also announced on Thursday that the party would contest the election. His party won the Darjeeling municipality in February within three months of its formation.

“Many leaders of other parties including that of Bimal Gurung’s Gorkha Janmukti Morcha, which is against the current GTA elections, have resigned from the party and are contesting as Independents. Every constituency has two or three independents this time,” said an observer.

“One should not be surprised if parties against the GTA end up supporting one Independent or the other,” said an observer.