Advertisement
Home / West-bengal / An evening of recognising excellence in Calcutta

An evening of recognising excellence in Calcutta 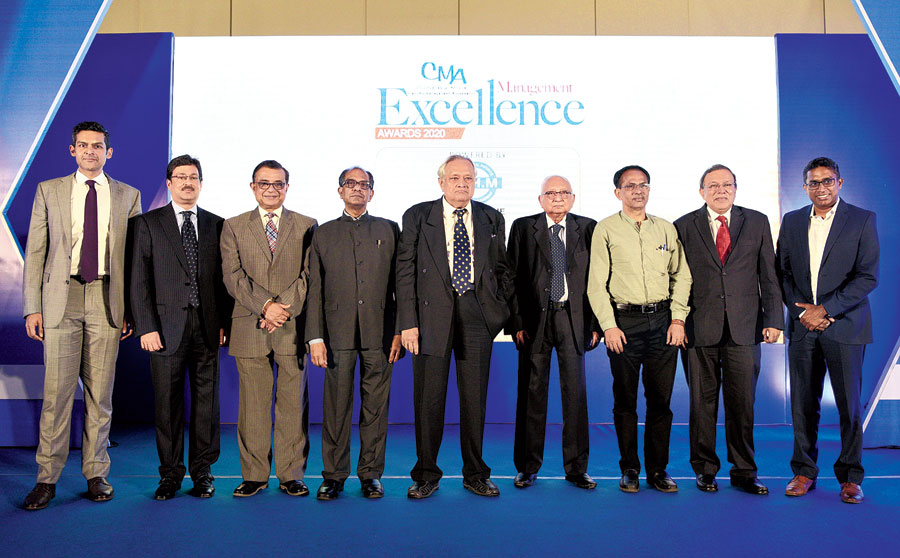 Awardees at the CMA Management Excellence Awards 2020 Powered by IIHM, in association with The Telegraph and Blenders Pride Reserve Collection Music CDs, at a city hotel on Thursday evening.
Picture by Gautam Bose
Our Special Correspondent   |   Calcutta   |   Published 12.03.20, 08:00 PM

A scientist, an academic and a doctor who has taken health care to villages were among those felicitated at a programme celebrating management excellence on Thursday evening.

“It is unusual for a scientist to receive an award here. Scientists are supposed to be absent-minded and lonesome. But nothing can be further from truth in today’s science, which is all about international collaboration,” Bikash Sinha, a former director of the Saha Institute of Nuclear Physics, said.

He received the management hall of fame award at the CMA Management Excellence Awards 2020, Powered by IIHM, in association with The Telegraph and Blenders Pride Reserve Collection Music CDs.

“I have been able to run universities on the basis of the international exposure I had received initially at Oxford and later at various parts of the world,” Das told the audience.

“The key element has been not to administer but to govern, not to impose a way but to carry the institution forward through cooperative governance. Whatever I have been able to do in the realm of university governance, it has been because of this approach.”

“You have to handle a lot of stress. How do you manage?” Jimmy Tangree, the emcee, asked Das. The VC replied: “I don’t see it as stress. I see it as a challenge. I love challenges.”

The recipient of the award in public service category was Abhijit Chowdhury, a professor at the Institute of Postgraduate Medical Education and Research, Calcutta, and the secretary of West Bengal Liver Foundation and the man behind the Indian Institute of Liver and Digestive Sciences in Sonarpur.

“A doctor, championing the cause of liver treatment… he has contributed significantly in shaping liver care facility in Bengal,” the emcee said while introducing Chowdhury. “I consider myself an activist. I think a manager has to be a strong activist,” the doctor said.

Sinha, the 74-year-old scientist, was one of the two senior citizens inducted into the hall of fame on Thursday.

D.N. Ghosh, 92, former bureaucrat and former State Bank of India chairman, was the other.

“There is no conflict between ethicality and profit. Society is not a segment of business. Business is a segment of society,” Ghosh said.

“My father became one of the few people to grow business in Bengal when a lot of people were moving business out of Bengal…. I hope I deserve this award. I take it as a call for action more than recognition. I hope it will inspire others in Calcutta and in Bengal to get into business,” Chatterjee said.