A crude attempt at harassment — or worse, says the economist 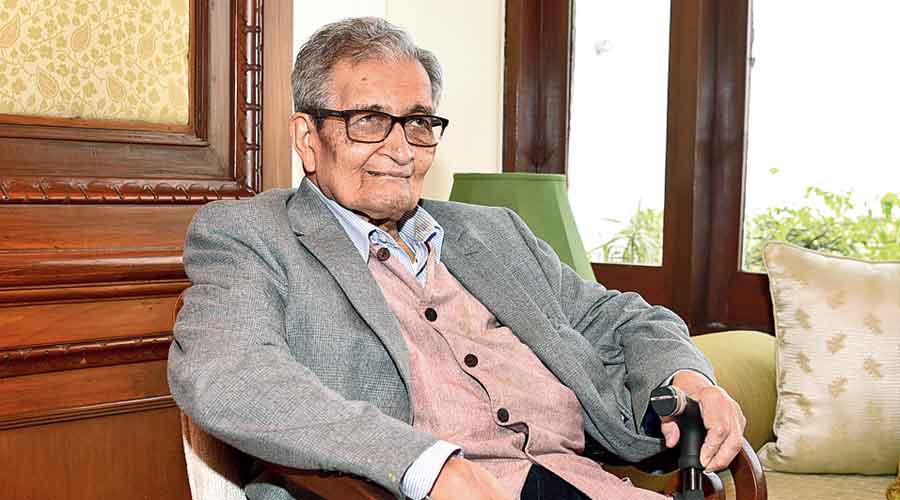 Economist Amartya Sen has described as “a crude attempt at harassment — or worse” the sudden abuse of his family’s property documents and asked the Visva-Bharati vice-chancellor to withdraw the false allegations against him.

The following are excerpts from a letter the Nobel laureate has sent to the vice-chancellor:

“You have heard from my lawyer…, asking you to withdraw immediately your false allegation made to the news agencies that a plot of land owned by Visva-Bharati is unlawfully occupied by me.

“While you have not been able to provide any justification for this astonishing allegation, you now say that you are requesting the West Bengal government to measure the area of our homestead, Pratichi, to compare with the long-term lease of land taken by my father in 1940 from Visva-Bharati.

“Your officiating Registrar, Mr Mahato, has threatened that ‘if there is any additional land occupied by him (Sen), legal action will be taken’.

This sudden abuse of an 80-year-old document is clearly a crude attempt at harassment — or worse. Among other errors it ignores the big fact, which I have stated many times (even in the context of this dispute), that a substantial amount of free-hold land was purchased by my father (in the market — not from Visva-Bharati) to add to our homestead (with records of purchase registered under Mouza-Surul), on which khajna and Panchayat taxes are paid by me yearly.

“The Registrar’s threat of ‘legal action’ if he discovers ‘any additional land’ beyond the leased land seems hugely mischievous.

“I don’t know how the Vice-Chancellor treats his colleagues, but I have to confess I am getting quite tired of the deceptions. For example, the V.C. insisted that I called him by telephone from Santiniketan in June 2019 (he even gave two alternative June dates for this alleged conversation -- June 2 and June 14) and said that I introduced myself as Bharat Ratna, which is entirely implausible.

“On being informed that I was abroad for the entire month of June 2019 and came back to India only in July, the story was promptly altered by the V.C.’s office to assert that I had called in ‘June or July’ but said the same things.

“Rather than inventing new falsities and adding to their culpability, Visva-Bharati should withdraw the false allegations made by them, as my lawyer has asked.”