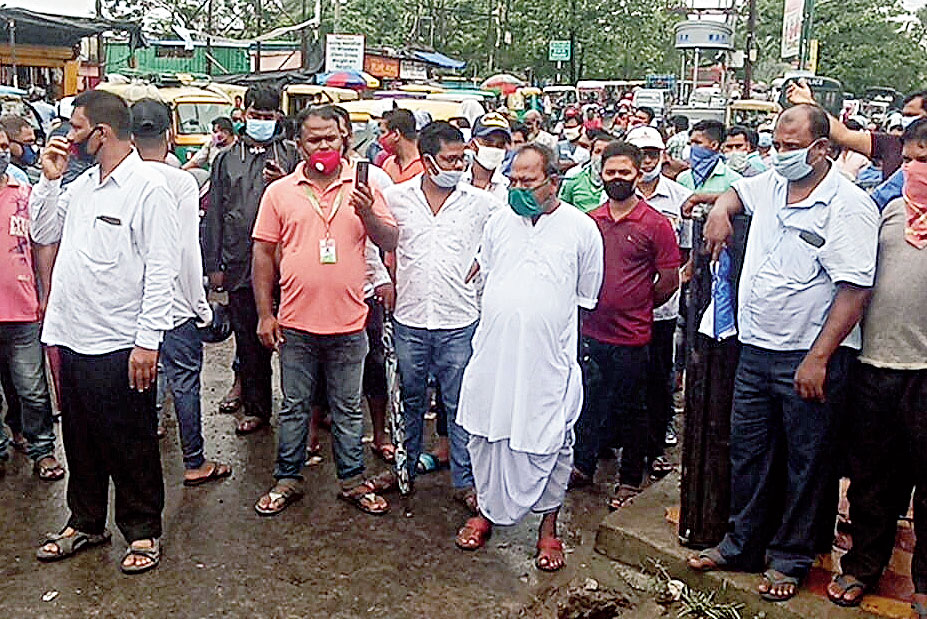 Over 500 people — clearing and forwarding agents, transporters and labourers — assembled near Ichhamati bridge on Wednesday to demand resumption of trade between India and Bangladesh through the Ghojadanga land port.

Trading activities are on hold at Ghojadanga for 85 days because of the Covid-19 pandemic, triggering unrest among those whose livelihood is linked with the land port.

The Bengal government’s decision to allow trade at other land ports, including Petrapole and Mahadipur, has angered stakeholders in Ghojadanga as the survival of about 2,000 families and exporters is at stake.

The protesters gave a 48-hour deadline for the district administration to come to a decision about resuming trade, failing which a bigger agitation will start from June 22.

A source in the administration said the state government was wary about the Covid-19 situation at Satkhira district in Bangladesh and did not want to take chances fearing transmission of the infection to Ghojadanga which is still in the green zone.

A Nabanna source said they were keenly monitoring the situation in Ghojadanga and on the other side of the border.

Local Trinamul MLA of Basirhat South Dipendu Biswas held out hope that trade via Ghojadanga could resume on Saturday. “We held a meeting on Wednesday with all stakeholders here,” he said.