Advertisement
Home / Sports / When climbing Everest is a political message

When climbing Everest is a political message

Along with countless commercial climbers, there was also one Ukrainian completing an emotional journey 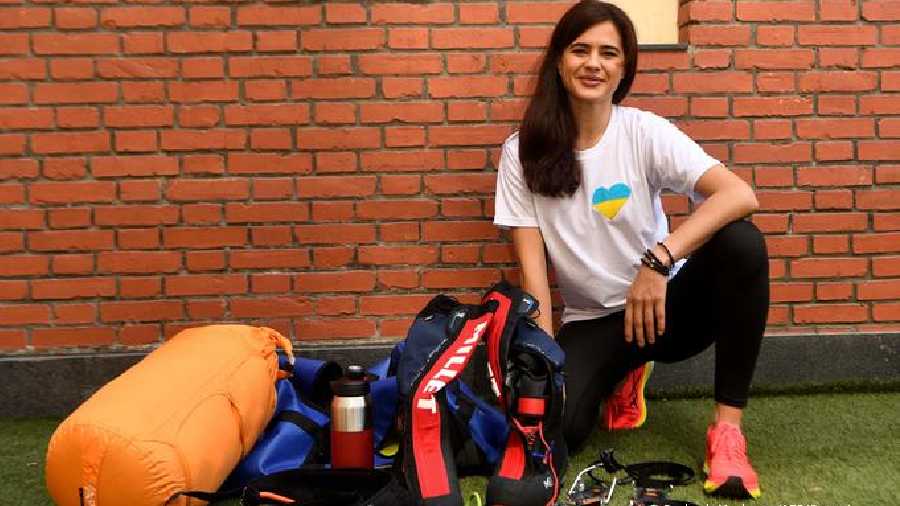 Antonina Samoilova is the only Ukrainian to have climbed Everest this year
Deutsche Welle
Deutsche Welle   |   Published 16.05.22, 03:47 PM

When Antonina Samoilova reached the top of Mount Everest with more than a dozen other climbers from commercial teams, she did so with a Ukrainian flag flying on her backpack.

Before climbing to the summit of the highest mountain in the world at 8,849 meters, the 33-year old posted on Instagram, it was "one more reminder to the world that Ukraine is still fighting and we will fight until we win." Of 317 foreign climbers, Samoilova was the only Ukrainian permitted by the Nepalese government to take on Everest.

No ban on Russian climbers

Most Ukrainian climbers have abandoned their plans for the climbing season in the Himalayas because of the Russian invasion of their homeland. The number of summit-reaching hopefuls from Russia was however, in the same region as 2021 when, despite the rampant spread of COVID-19, the government handed out a record 408 climbing permits.

Ahead of this climbing season in Nepal, voices grew louder about banning Russian climbers, as other sports have done. The government in Kathmandu had not responded to this demand. Nepal, unlike its neighbours India and Pakistan, voted in favor of a UN resolution strongly condemning the Russian invasion of Ukraine.

Everest climbs being used to deliver political or social messages is not uncommon. The highest mountain in the world is probably the only one lodged in people's minds and guarantees attention.

Mount Everest is the one mountain everyone knows
Deutsche Welle

Successfully climbing the mountain hasn't been an exclusive pursuit for a long time. Since New Zealander Edmund Hillary and Nepalese Sherpa Tenzing Norgay first climbed the mountain in 1953, there have been around 10,000 ascents. Only 2% of these were achieved without using bottled oxygen. Without the support of Sherpas, almost everyone trying to climb the mountain would never have made it past the 5,300 meter-high base camp. But such details hardly play a role in public perception.

Those who make it on to Everest usually enjoy a certain visibility. This is true not only for Samoilova, but also for the eleven members of the "Full Circle Everest" team, the first Everest expedition made up entirely of Black climbers.

Eight of them reportedly reached the summit on May 12 (with bottled oxygen). The project generated plenty of advance media interest thanks to the team's political message.

"This expedition will showcase the tenacity and strength of these climbers, and highlight the barriers that continue to exist for Black communities in accessing the outdoors," is how the group described their ascent.

"This historic attempt will inspire the next generation of outdoor enthusiasts, educators, leaders, and mountaineers of colour to continue chasing their personal summits."

Previously, only nine Black people had climbed Everest. The first was the American Sophia Danenberg in 2006, a feat that largely failed to draw any significant attention. Today, the 50-year-old analyzes environmental policy for US aviation company Boeing.

Danenberg expects that the next ten to 15 years will bring real change.

"I believe there will be a lot more Black climbers in the next 10, 15 years," she said in an interview with the award-winning climbing blog "Adventure Mountain".

"As more Black people do it and introduce it to their children and communities, I believe the number of Black climbers will grow exponentially."