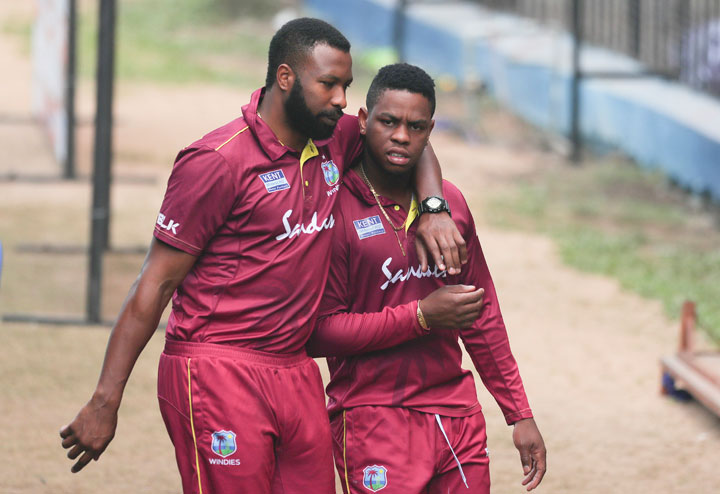 India’s cricketing calendar of 2019 will end with the third and final ODI of the series against the West Indies, here on Sunday. It’s the last international match of the year for Virat Kohli’s team.

Besides the fact that a win on Sunday will help India claim series victory and end the year on a high, captain Kohli will also aim to play a significant knock after flopping in the last two games.

In contrast to getting the Player-of-the-Series award in the preceding T20Is, Kohli has struggled to get going in the ODIs with only four runs from two matches that also includes a first-ball dismissal.

His resolve to get back to scoring big could be gauged from a stroke-filled nets session at the Barabati Stadium.

The Windies have done well to make run-scoring difficult for Kohli in this ODI series, especially after his brutal assault on them in the T20Is.

Also, Kohli finds himself at a venue where his figures are staggeringly low — he aggregates just 34 from four white-ball matches here so far.

But considering that Kohli loves challenges, the decider could be an ideal occasion for him to put on his ‘King Kohli’ avatar and score runs like only he can.

On Saturday, for at least half an hour or so, Kohli batted at the nets during India’s optional training session on the match-eve. And whenever the likes of Shivam Dube, Navdeep Saini and Shardul Thakur pitched it in his zone, Kohli took no half measures, kind of signalling his intention for Sunday. He also had an instruction or two for Dube and Saini, asking the latter to bowl faster and try and generate more bounce.

Already having faced Kohli’s wrath earlier in the tour, the Windies can only imagine how dangerous Kohli can be when hungry for runs.

However, what has been a plus point for India in this series is that Kohli’s early dismissals haven’t affected the team totals. And for that, credit goes to Shreyas Iyer, Rishabh Pant and of course, openers Rohit Sharma and KL Rahul — the architects of India’s victory in the must-win game in Visakhapatnam.

The pitches have been belters so far, even though the one in Chennai was on the slower side in the initial stages. It’s likely to be the same here with dew in the evening slated to make things tougher for the side bowling second.

Groundsmen were seen applying anti-dew spray on the surface both in the afternoon and also when the lights were on, but how far is it going to be effective only time will tell. “Dew will indeed be a factor in the evening… Will be difficult for the fielding side under lights,” someone in the know of things said. “The pitch here will help batsmen. It’s made of the black soil from Balangir (in West Odisha), which more or less guarantees firm, even bounce,” he added.

Bowlers truly have had a tough time out in the middle so far, but India’s advantage is the presence of Kuldeep Yadav and Mohammed Shami, who also skipped Saturday’s optional practice along with Rohit, Rahul and Yuzvendra Chahal.

Deepak Chahar’s absence calls for a forced change as far as the hosts are concerned. It will be interesting to see who among Dube or Saini takes Chahar’s place. Or is there a different surprise?