She emerged from the third-round match-up between two Americans who are past champions at Flushing Meadows with a 2-6, 6-2, 6-2 victory over 2017 winner Stephens on Saturday 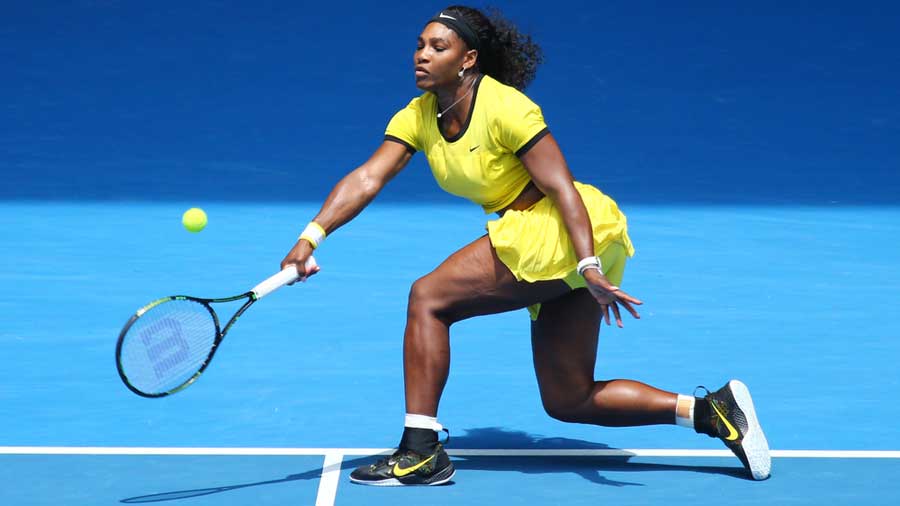 In danger of her earliest exit at the US Open since her debut 22 years ago, Serena Williams turned things around and took over against Sloane Stephens.

Serena emerged from the third-round match-up between two Americans who are past champions at Flushing Meadows — she’s won six of her 23 Grand Slam singles titles at the place — with a 2-6, 6-2, 6-2 victory over 2017 winner Stephens on Saturday.

Afterward, Serena’s three-year-old daughter, Olympia, wore a mask and waved at mom while sitting on her father’s lap in a front-row seat. On her way to the locker room, Serena waved back. “I hope,” Serena said, “that she saw her mama fighting.”

Serena did it, as she so often does, with her best-in-the-game serve, hitting 12 aces at up to 122 mph, and an ability to re-calibrate her groundstrokes that were so awry early and so superb down the stretch.

“She served a lot better,” said Stephens, now 1-6 against Serena, although they hadn’t played each other since 2015.

“Obviously she has one of the greatest serves in the game. It’s really difficult to read.”

Serena collected 10 of the last 12 games by lifting her level, to be sure. But it helped that Stephens went from playing nearly perfectly to missing more and more.

Following mistakes, Stephens would look over at her coach, Kamau Murray, or smack her right thigh with her palm so loudly that it echoed through a nearly empty Arthur Ashe Stadium.

“In that first set, I don’t think she made any errors, honestly. She was playing so clean. I said, ‘I don’t want to lose in straight sets’,” said Serena, whose only career US Open loss before the fourth round came in the third against Irina Spirlea in 1998 at age 16.  Serena, who turns 39 in three weeks, said she told herself Saturday: “OK, Serena, just get a game. Get a game.”

Asked Saturday what the positives are about still being active on tour as a parent, Serena said: “One day, your daughter can say she was there. Whether she remembers or not, we can always have pictures. But other than that, it’s just (a) minus, like: I’m not with her, ‘'m not around her. It’s hard.”

Serena has reached the finals at four of the past seven major tournaments, losing each time. She is four wins from adding to her Grand Slam trophy count, which has been at 23 since she won the 2017 Australian Open while pregnant.

Second seed Sofia Kenin overcame a sluggish start to surge past Tunisian Ons Jabeur 7-6 (4), 6-3 on Saturday and move into the fourth round of the US Open for the first time.

In Sunday’s matches, Jennifer Brady produced a fearless brand of tennis to topple 2016 champion Angelique Kerber 6-1, 6-4 and reach the quarter-finals of a Grand Slam for the first time.

In men’s action, 2019 runner-up Daniil Medvedev and another semi-finalist from a year ago, No. 6 Matteo Berrettini moved on, as did No. 10 Andrey Rublev, No. 15 Felix Auger-Aliassime, No. 21 Alex de Minaur and Vasek Pospisil.

Second seed Dominic Thiem staved off a spirited fightback from Marin Cilic to beat the former champion 6-2, 6-2, 3-6, 6-3 and reach the fourth round.

India veteran Rohan Bopanna and his Canadian partner Denis Shapovalov stunned sixth seeds Kevin Krawietz and Andreas Mies in a hard-fought three-setter to advance to the quarter finals of the US Open men's doubles event here. The unseeded Indo-Canadian pair on Saturday overcame a set deficit to beat the German duo 4-6, 6-4,- 63 in a second round encounter that lasted one hour and 47 minutes.