Video of the dazzling spectacle gets widely shared on social media 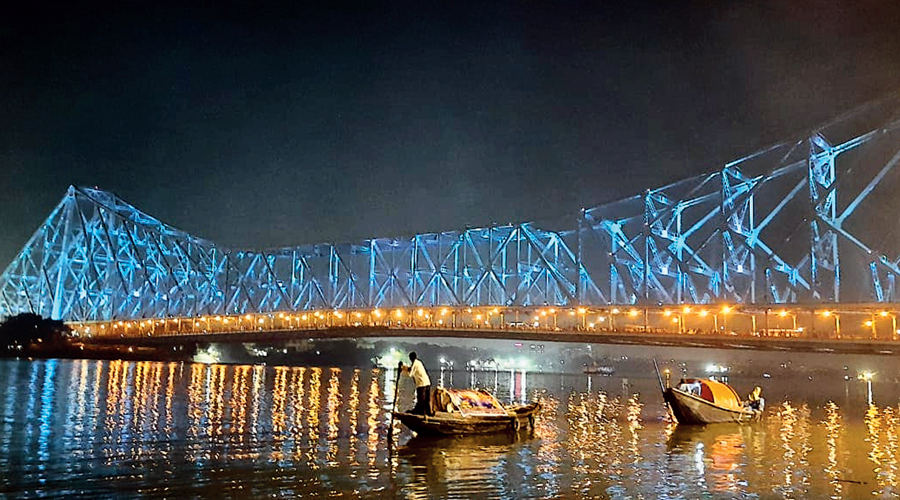 Nothing better than the iconic Howrah Bridge cheering on the Indian contingent before the Tokyo Olympics.

The cantilever bridge lit up in multi-colours of the Olympic rings, and a video of the dazzling spectacle ended up being widely shared on social media. The Ministry of Ports, Shipping and Waterways took to social media to wish the 228-strong Indian contingent in Japan. Their post read, "Celebrating the Sporting spirit at the greatest sporting arena, Take a glimpse of the dazzling and radiant Howrah Bridge immersed in the colours of #Olympics wishes the Indian Contingent a grand success at #TokyoOlympics."

#Kolkata's iconic Howrah Bridge lit up in the #Olympic colors ahead of #Tokyo2020 by @SMPort_Kolkata pic.twitter.com/qS1fAGY6fb

The best wishes are coming from all quarters for Team India in the Olympics. On Tuesday, çricket icon Sachin Tendulkar urged India's athletics squad to enjoy the pressure and not be bogged down by it during the Games as he joined the national federation in giving them an online send-off. In the virtual event, Tendulkar told them to chase the dream of winning an Olympic medal relentlessly. "A lot of people say there is win or loss in sport but my message is that the loss should be for your opponent and the win for you. You should go for the medal," Tendulkar said.

Last week, PM Narendra Modi also interacted with India's Olympic-bound contingent, during which he urged them to forget expectations and focus only on giving their best in Tokyo. "Don't be bogged down by expectations, just give your best. I would have been happier to meet you in person, I always look forward to that. But I promise to spend time with you after you come back," he said.