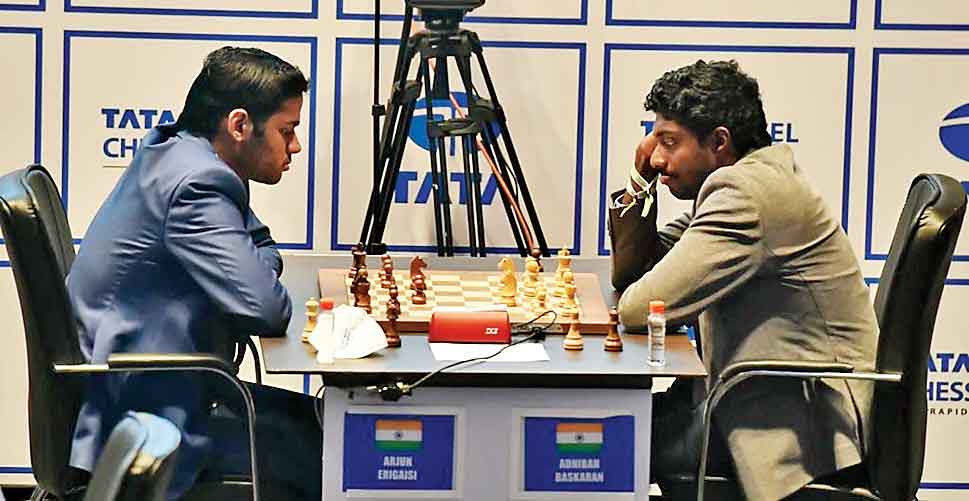 The Indian held the top-seeded Armenian GM Levon Aronian to a draw in the final round to clinch the title.

Playing with black, Arjun seemed to have landed himself in a bad position, being a pawn down in a Petrov game. But the youngster managed to hold his nerve and took advantage of a small mistake from Aronian to hold the game and bag his first major title in the international circuit.

Arjun’s only loss in the tournament came against compatriot Rameshbabu Praggnanandhaa as he finished on top with 6.5 points out of a possible 9.

In the seventh round, Arjun took on Adhiban Baskaran who was having a forgettable tournament. In response to Adhiban’s King-pawn opening, Arjun responded with his pet opening, the Petroff. After close to an hour, the game ended in a draw.

In Round VIII, leading by one full point, Arjun, playing white, split the point with Vidit Gujrathi.

Arjun becomes the first Indian to win the Tata Steel Chess rapid title. The previous winners of the event include GM Hikaru Nakamura in 2018 and reigning world champion Magnus Carlsen in 2018.