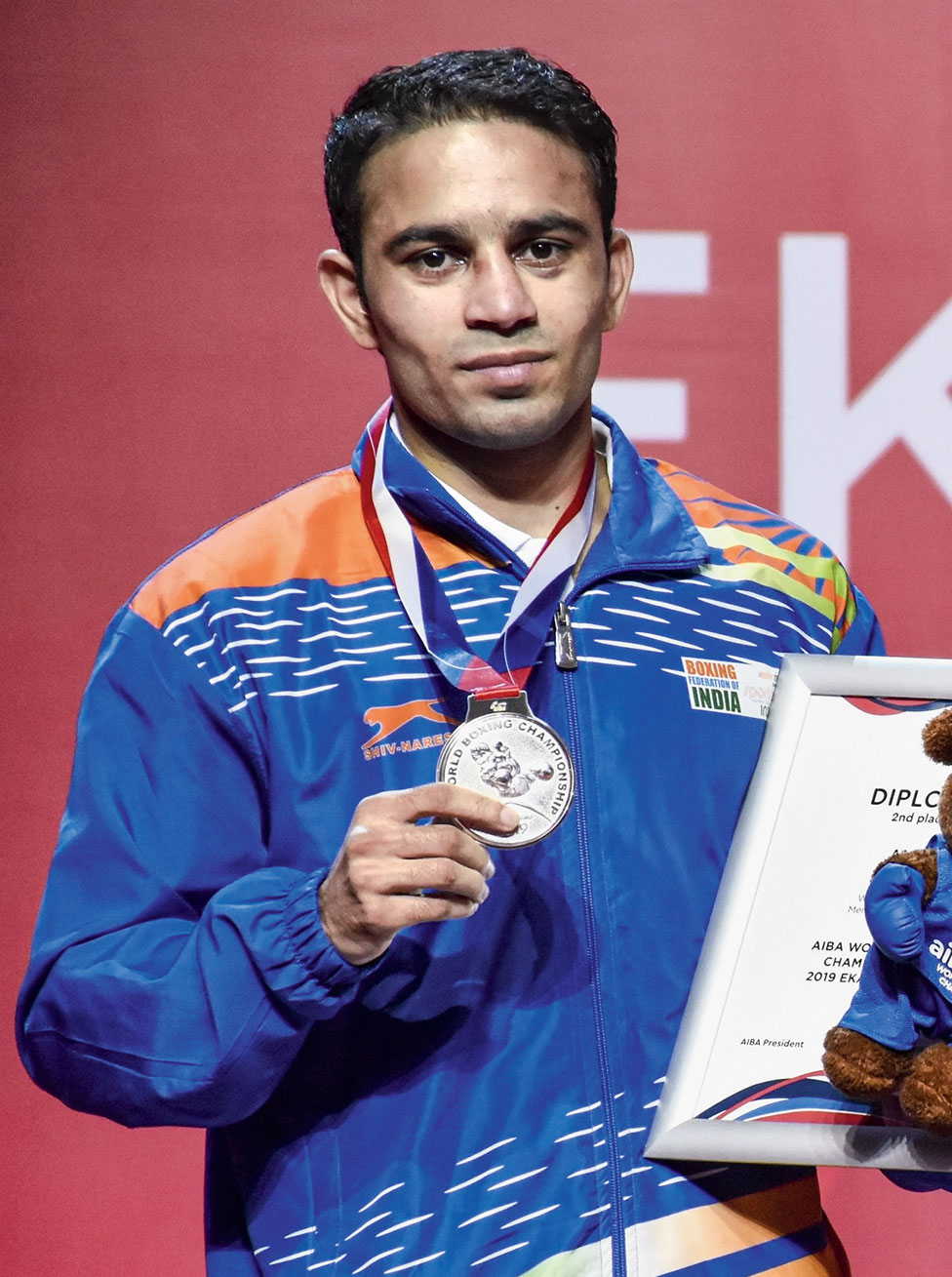 Indian boxer Amit Panghal’s campaign in the men’s World Championships ended with silver after he went down to Olympic champion Shakhobidin Zoirov of Uzbekistan in an intense 52kg category final in Ekaterinburg on Saturday.

Panghal lost 0-5 but the scoreline was hardly a reflection of the fight he put up against the more fancied Zoirov.

“It was a learning experience for me. This medal will help me to do better in the coming days. My target is to get a medal from the Olympics but I know I need to work harder for that,” a confident Panghal told The Telegraph on Saturday.

“Nonetheless, it is the biggest medal of my career, I dedicate this to my country… I wanted to win a medal at the World Championships and I have done that. But I still have a long way to go.”

The 23-year-old Indian boxer felt he still needed some time following a change in his weight category. Panghal now fights in the 52kg, instead of his original 49 kg, since the latter category has been dropped from the Olympics.

“I have changed my weight category and I think I need a little more time to adjust… But the experience of World Championships will definitely help me,” he said.

Asked what went wrong in the final, Panghal said: “I lacked a bit of power in my punches against Zoirov. He has been in this weight category for sometime now. That helped him but I will come back stronger. I am sure I am going to beat him the next time we meet.”

The Asian Games and Asian Championships gold medallist’s next target is to make the Olympics.

“My next target is to qualify for the Tokyo Olympics. The Asia-Oceania qualifiers for the Olympics are scheduled in February 2020. I have some shortcomings, I have to work on those before the Olympic qualifiers,” he said.

The second-seeded Indian became the first male boxer from the country to finish second in the world event. The country also achieved its best-ever medal haul, as Manish Kaushik (63kg) had signed off with a bronze after losing in the semi-finals earlier.