For the superstar, the number 10 will always be the legendary soccer player 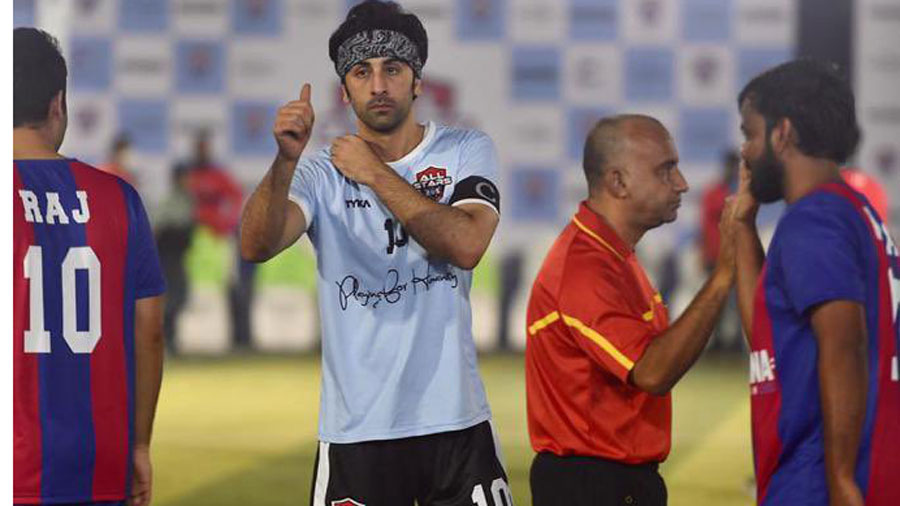 The All Stars FC and Influencers recently came together to play a friendly game of football at the Narsee Moonji ground, Mumbai, in memory of the phenomenal Argentine Football Legend, Diego Maradona. The evening witnessed football fanatic celebrities including Ranbir Kapoor, Ahan Shetty, Shoojit Sircar, Abhimanyu Dassani, Karan Wahi, Aditya Seal, Zaid Darbar, Viraj Ghelani and Ranveer Allahbadia among others, who were each inspired by the iconic football player and played an extraordinary match that ended in a nail-biting finish in the penalty shootout with Influencer FC coming out as champions.

Paying tribute to the champion, and revealing their passion for the game, stars shared their views on the same. Ranbir said, “Football means life and we all love the sport so passionately. The influence has come from Maradona, that’s when I started playing the sport. For me 10 will always stand for Diego Maradona."

Echoing the similar feelings, Sircar shared, "My Bio mentions that I am a footballer first and then a filmmaker so I have learnt almost everything from Football and Maradona has played a huge role in it."

Jaffrey mentioned, "Players like him have given a value to a number 10 which we all are wearing in this game. He's a legend and for what he has done for his country, so I think it's a great cause to be given this opportunity and try and take the name forward in any manner we can."