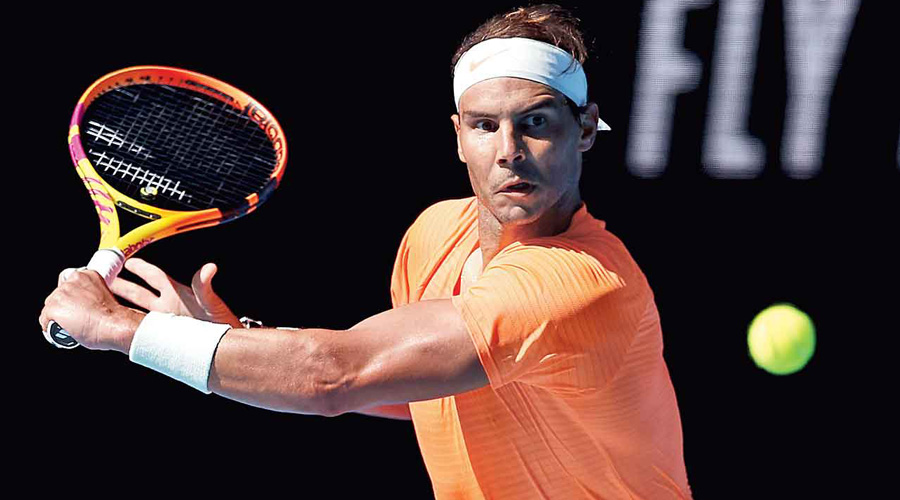 Just as his beloved Real Madrid came back from the brink to reach the Champions League soccer final on Wednesday, 35-year-old Nadal found extra energy in reserve to win a lengthy tie-break and secure the 1,050th win of his career.

Uncharacteristic errors and double faults from third seed Nadal allowed Goffin to break first and go 3-2 up in the opening set but the Spaniard quickly broke back twice to serve out the set, sealing it with a venomous crosscourt forehand winner.

Nadal’s stroke-making became more confident in the second set as he used every corner of the court to pepper winners past Goffin, who constantly looked up to the heavens in despair.

Playing only his second match after returning from a rib injury, Nadal did look rusty but ultimately prevailed.