Real Madrid held by Celta Vigo, Barcelona breathing down their neck in the La Liga table 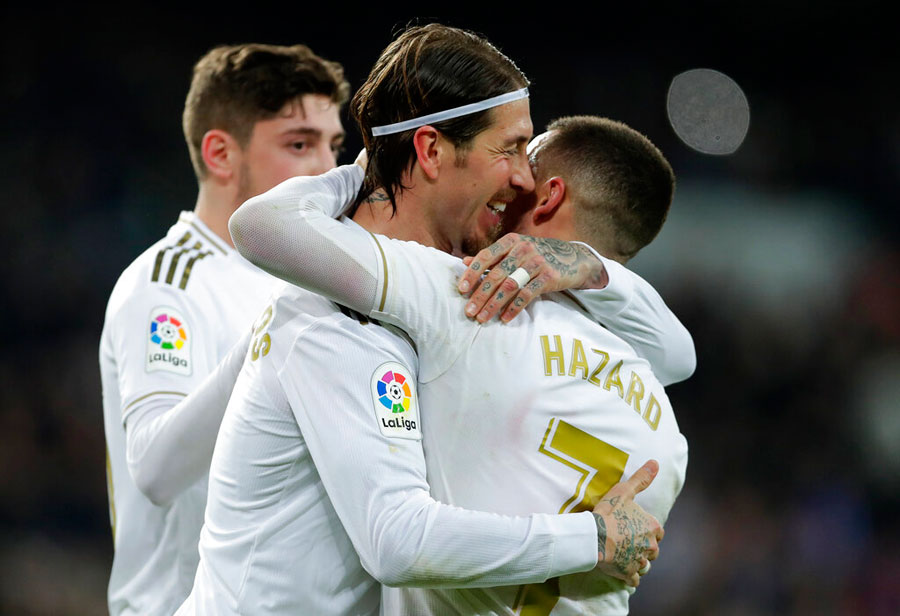 Real Madrid’s winning streak ended when they conceded a late goal to draw 2-2 at home to Celta Vigo and finish the weekend with their lead over Barcelona down to one point.

Madrid manager Zinedine Zidane was philosophical. “There’s nothing to explain, it’s just the way things are, it’s football,” he said. “I’m not worried about it, but I’m disappointed, as always when you drop two points at home.”

Barcelona beat third place Getafe on Saturday to open a 10-point gap on the chasing pack. Sevilla could have climbed to third on Sunday but were held, 2-2, at home by rock-bottom Espanyol.

Madrid had won five straight in La Liga to accelerate past Barcelona. On Sunday they welcomed back Eden Hazard, who had been out since November. Coach Zinedine Zidane also recalled his other 100 million euro player Gareth Bale to complete an all-star attack with Karim Benzema.

Yet Celta leapt into the lead after seven minutes. A pass from Iago Aspas sent Fedor Smolov galloping clear up the middle and he shot low past Thibaut Courtois. “There were mistakes, especially for the first goal,” said Zidane. “We were not well positioned, it happens, and it'll happen to us again.”

The Madrid players came on before the match wearing shirts with the Chinese message “China, come on!” During the game the advertising hoardings flashed up the English message “Wuhan! Come on! We support you!” “Real Madrid wishes to express its full support for all of the people affected by the coronavirus,” the club tweeted.