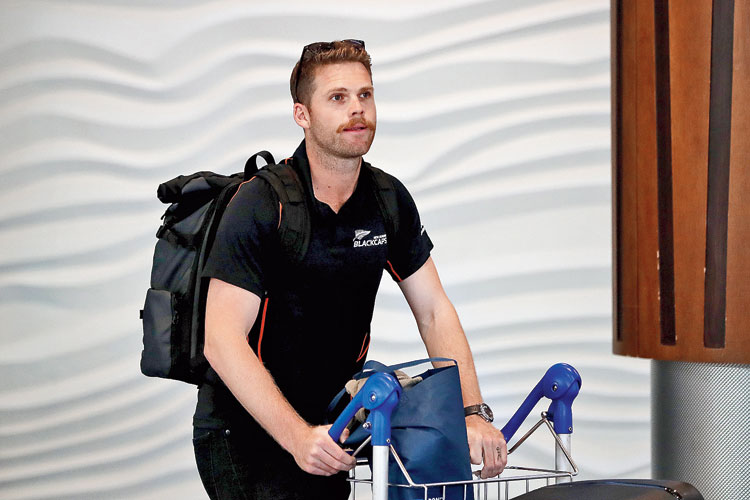 The way things played out after he reported a sore throat, leading to COVID-19 tests and isolation in his hotel room, it was a “bit exaggerated”, feels New Zealand pacer Lockie Ferguson.

The 28-year-old pacer was placed in isolation immediately after Friday’s first ODI against Australia at the Sydney Cricket Ground following complaints of a sore throat. He underwent tests on Saturday, which returned negative, clearing the pacer.

Back with his family, Ferguson thinks it was blown out of proportion.

“Probably a bit over-exaggerated as to how I was,” he told reporters at the Auckland airport.

“I just sort of had very, very mild cold symptoms and the procedures were as they were and followed by Tommy (Simsek, physio) and the support staff. Completely understandable. So yeah, kind of had a day in the hotel room by myself.”

The coronavirus outbreak has so far claimed nearly 6,000 lives and infected close to 1,60,000 people across the world.

The pandemic has also wreaked havoc on the sporting calendar, leading to either cancellation or postponement of events in the Olympic year. Like other sports, cricket also suffered.

Ferguson returned home following the postponement of the ODI series against Australia. The first match was played in front of empty stands.

“It was strange certainly playing the game under the circumstances and with an empty crowd. For sure, that was an odd experience.

“At the same time, we were a little bit disappointed with how the game ended up. And yeah, that night I was sort of taken to get swabs and talked to the doctor there and fortunately all was good… happy to be home.”

Was he nervous, given how rapidly the coronavirus had spread throughout the world?

“Um, from my point of view, I just thought it was normal cold symptoms,” he said. “Get quite rundown from time to time playing cricket and travelling a bit. So not too unusual for me.

“But as I said, Tommy, our physio, and the doctors followed the procedure as is needed.

“So yes, been 24 hours in isolation but that’s okay. And I’ll be honest, I actually felt good the next day I woke up. I was fine.”

New Zealand Prime Minister Jacinda Ardern said on Saturday that everyone entering the country from midnight Sunday must self-isolate for 14 days in an effort to contain the virus outbreak.