CPL is something that always helps us because there’s so much talent in that competition: CEO Venky Mysore 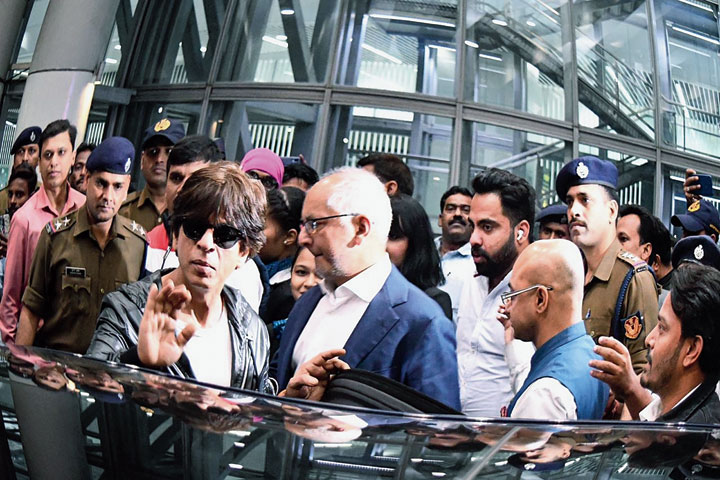 Several franchises are eyeing the big-hitters from the Caribbean in the IPL auction scheduled in the city on Thursday, but Kolkata Knight Riders have not been swayed by the performances of the Shimron Hetmyers.

“We have been in the Caribbean for five years through Trinbago Knight Riders (in the CPL). So, we are not seeing anything new here,” said KKR CEO and managing director Venky Mysore.

“We have seen all these players for the last five years very closely. Some of these performances are nice, but we are not swayed by them. We don’t operate that way.

“The plan (for the auction) has been put in place over the last couple of months. The latest performance (from the West Indies players) is nice to see, but from our perspective, I don’t think they will have a big bearing.”

However, their stint in the CPL through Trinbago does help KKR in selecting the right players. “...The CPL is something that always helps us because there’s so much talent in that competition,” Mysore said.

Among the other players, Australia pacer Pat Cummins is one who is eyeing a windfall. “Cummins is of the same

level as Mitchell Starc. So with Starc not there, it will benefit Cummins,” Delhi Capitals assistant coach Mohammad Kaif said.

Indian uncapped players are also likely to be in focus. “It’s only when your Indian talent does well that you end up winning the tournament. Of course, the foreigners are there, but they mainly supplement the Indian talent.

“Even if you assume we are going to pick four foreigners and perhaps three or four Indians, out of those Indians, there could be some interesting talent who could very much be part of our scheme of things,” Mysore felt.

On the other hand, Delhi Capitals is looking closely at the Windies players.

“Of course, everyone looks for the West Indies players in this format. They play T20s all over the world. They are genetically strong and built for this kind of format as they bring in the power. Like other franchises, we will also keep that in mind,” Kaif said in an informal chat on the eve of the auction. “We have Keemo Paul already... (Sheldon) Cottrell too has been doing well for West Indies, so has (Shimron) Hetmyer. Evin Lewis will also grab attention,” he said.

Delhi Capitals, as Kaif indicated, may also bid for opener Shai Hope, though the latter isn’t quite ideal for the shortest format.

“Hope can hold one end, while from the other end, you can play big shots. These names don’t go around much, but you should see his record for the past one year,” the former India middle-order batsman emphasised.