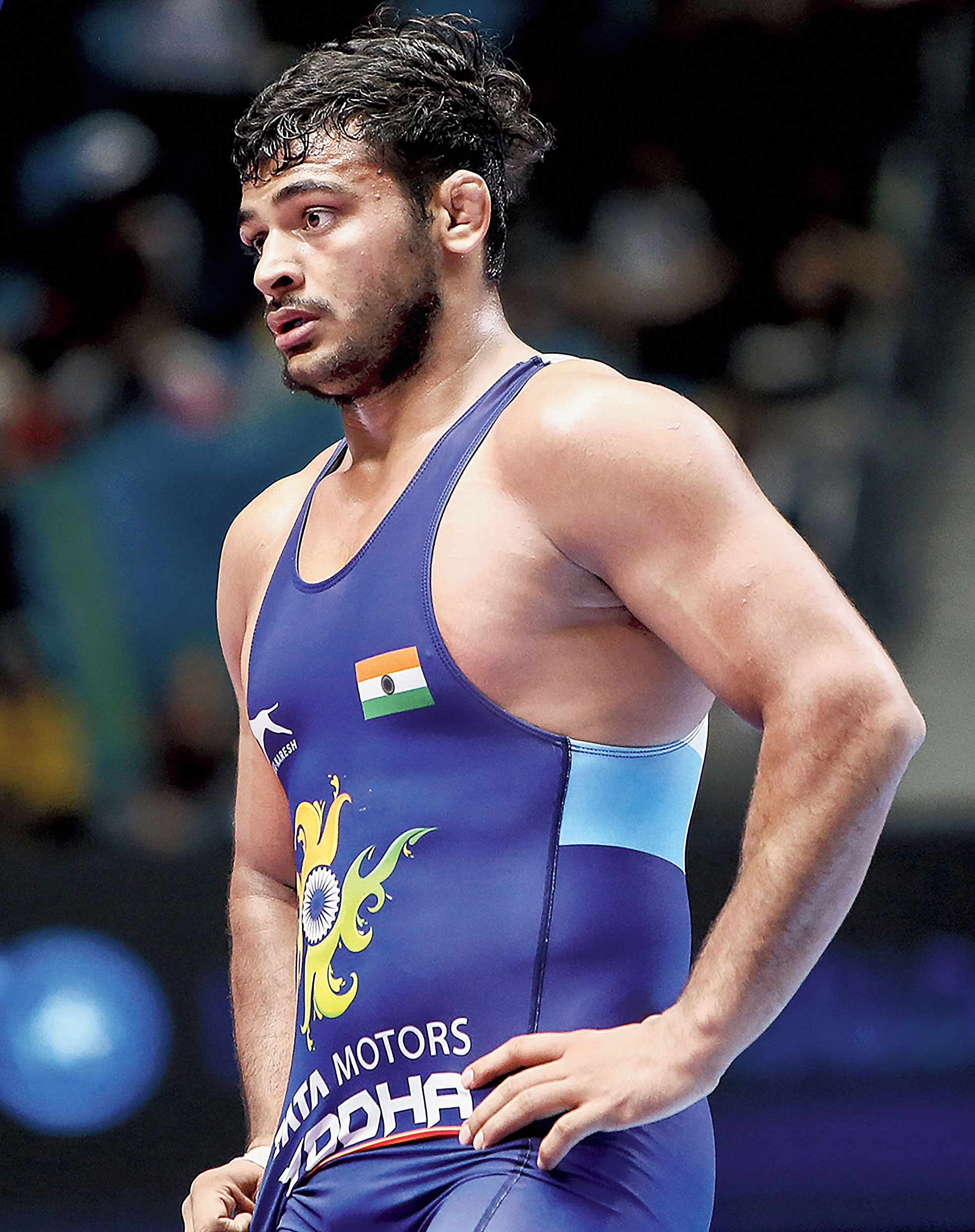 Competing in his maiden senior World Championships, Deepak moved to the final with a commanding 8-2 win over Switzerland’s Stefan Reichmuth.

He will fight for the title against 2016 Rio Olympics 74kg gold medallist Hassan Yazdanicharati of Iran on Sunday. Yazdanicharati had also won 2018 Asian Games 86kg gold.

It has been a steady progress for Deepak, who won the World Cadet title in 2016 and became the junior world champion only last month in Estonia. He can now emulate double Olympic medallist Sushil Kumar, who is till now the only Indian to have won a World Championships title in 2010.

The 20-year old Deepak also ensured that India would return from the World Championships with its best-ever performance as the country is now assured of four medals.

Vinesh Phogat, Bajrang Punia and Ravi Dahiya have already won a bronze medal each. All of them have qualified for the Tokyo Olympics as well.

Rahul Aware can make it even better if he wins Sunday’s bronze medal bout in the 61kg non-Olympic category. He lost his semi-final bout 6-10 to Beka Lomtadze of Georgia. India had returned with three medals in 2013.

Deepak’s all-round ability — defence, attack, stamina and awareness on the mat — played a key role in his performance.

“I had genuinely hoped for a medal and Olympic quota. So it is a double delight for me. My seniors like Sushil Kumar and Bajrang Punia inspire me,” Deepak said.

“I felt a bit under pressure when I fought with the Kazakh wrestler (in quarter finals). He had beaten me in Italy earlier this year and I was a bit apprehensive about fighting the home wrestler because of the Bajrang bout (controversy),” he added.

There was no action in the first period with Deepak gaining a 1-0 lead on activity clock. In the second period, Deepak pushed out Reichmuth and took the Swiss down for a 4-0 lead. He lost two points but another takedown and expose move clinched it for Deepak.

With one minute to go, he was trailing 3-6 but pulled off a takedown and then an expose move to take 7-6 lead in the dying moments of the tense bout.

Deepak had bumped into home wrestler Adilet Davlumbayev in his opening round and looked a bit nervous before the bout, probably fearing partiality. However, he played very smartly to defeat the home favourite despite trailing 0-5.

Meanwhile, Jitender lost his 79kg quarter final while Mausam Khatri lost his first round in 97kg to reigning Olympic champion Kyle Frederick Snyder to go out of the championship.