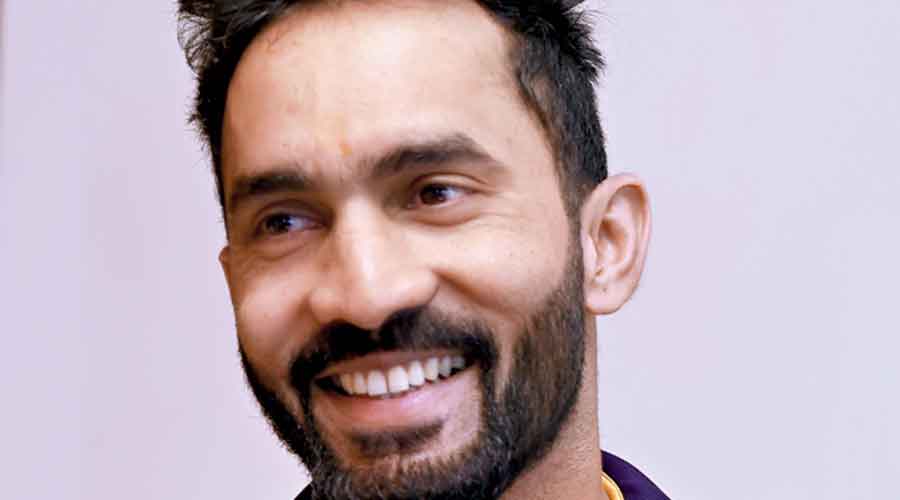 Former Kolkata Knight Riders captain Dinesh Karthik feels the franchise can still make it to the IPL play-offs by winning six out of their remaining seven matches in the league phase.

KKR have four points from seven matches and are lying at seventh spot in the eight-team league.

“Overall as a team, I think we are in a decent space. We need to gel together as a group and make a difference this time. We want to win six out of seven matches (to qualify). It’s as simple as that. As a team that’s what we’ll be looking to do. Take one game at a time but try and win six out of seven matches,” Karthik, who joined practice after serving his quarantine following a stint as commentator in the UK, said.

The 2020 edition of the IPL saw KKR moving really close to qualifying for the knockout stage. Having finished fifth, they lost out owing to a not-so-healthy net run-rate.

“Last year when we were in the UAE, we missed it (qualifying for playoffs) by a whisker. We won as many matches as the last team had won but still just missed it by a whisker. Two years on the trot, we have been fifth on the table. That’s something that still gnaws at me,” he said.

Karthik insisted that the team would focus on the positives and continue to play aggressive cricket.

“KKR is known to play very positive and aggressive cricket. I want that to come through in the second half. I still think the team spirit is good. We’re positive and we’ve a coach (Brendon McCullum) who’s always infusing positivity into us,” he said.

“To fans, all I want to say is keep supporting us. We’ll try and play a brand of cricket that’ll make you proud. It did put a smile on your face at various points during the last two IPLs. We’ll try and put a bigger smile this time around,” he promised.

KKR opener Shubman Gill also echoed Karthik. “I think we are very much in the contention to finish in the top 4... You never know what will happen. So, hopefully we will win the remaining matches, make sure we qualify and then we’ll see where we go from there,” Gill said.

The Eoin Morgan-led side will resume their 2021 campaign against Royal Challengers Bangalore on September 20.