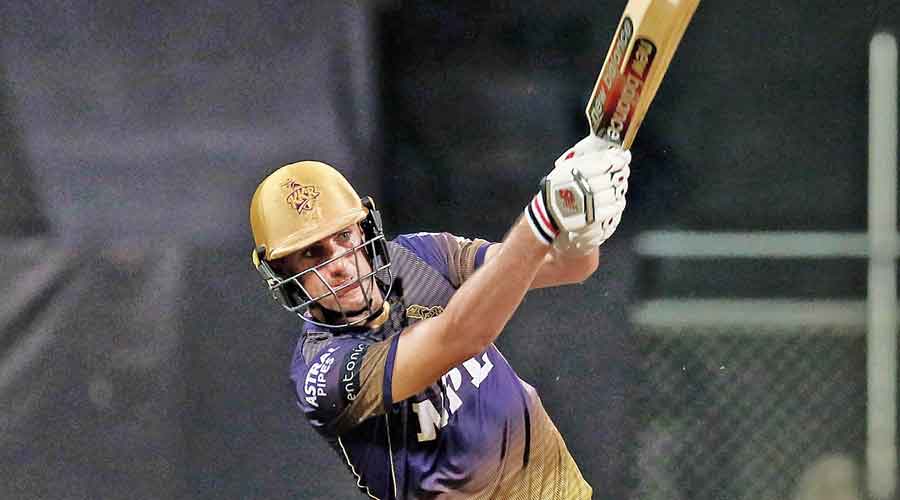 Kolkata Knight Riders’ problems don’t seem to cease in this IPL. Even a change of venue didn’t lead to a reversal of fortunes as Eoin Morgan’s side crashed to their third loss in four games on Wednesday.

There was heartbreak for Pat Cummins and KKR in the end as they fell short by 18 runs after having staged a dramatic recovery. Chennai Super Kings now sit pretty at the top with six points from four matches.

Chasing 221, KKR had lost all hope after their top-order crumbled to 31 for five in the sixth over in the face of atrocious shot selection and an inspired spell by Deepak Chahar (4/29). But Andre Russell (54 off 22 balls) and Dinesh Karthik (40 off 24 balls) staged the turnaround with some bold and flamboyant strokeplay.

The misfiring Russell finally got his act right raising hopes in the KKR camp. He found an able partner in Karthik as they sent shockwaves through the CSK attack. Russell took 24 off one Shardul Thakur over before Karthik decided to join the party.

Russell’s strike-rate of 245.45 is strong evidence of the authority he wielded and made the Knights believe that all wasn’t lost yet.

If KKR had lost the plot in the Powerplay overs, they provided CSK with a real fright at the death.

Cummins (66 not out off 34 balls) though should be credited with taking the match to the wire with his clean and powerful hitting. Had he not run out of partners during the closing stages, KKR could easily have managed to pull it off.

The marauding Cummins plundered 30 runs off a Sam Curran over to reduce the target to 27 off 12 balls. But inexperience cost them two run outs in the last two overs handing the contest to Dhoni’s men.

KKR certainly need to get their batting in order if they are to harbour hopes of making the playoffs. Consistency is the need of the hour and Morgan has a lot to dwell on before their next match against Rajasthan Royals on Saturday.

CSK are always dangerous once they gain a foothold — give them an inch and they will grab a mile. Having played their previous three matches at the Wankhede, they were used to the bounce and pace of the wicket. There was no looking back once Morgan decided to field. The KKR captain’s decision was perhaps prompted by this season’s record at this ground where teams batting second enjoyed an advantage. 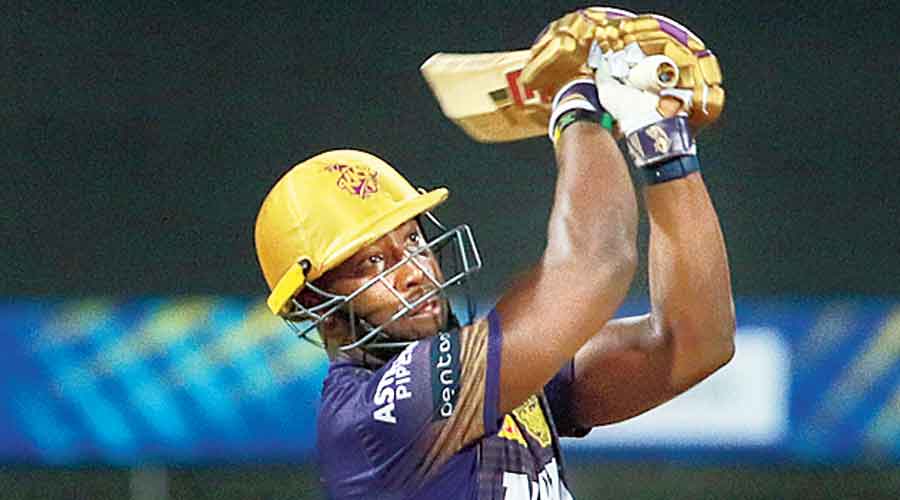 A 115-run opening partnership between Ruturaj Gaikwad (64 off 42 balls) and Faf du Plessis (95 not out off 60 balls) set the tone for the innings with Moeen Ali and (25 off 12 balls) and Mahendra Singh Dhoni (17 off 8 balls) providing the finishing touches.

If Du Plessis’ knock stood out because of its efficacy and providing momentum to the innings, young Gaikwad won the hearts with his promise and composure. He was relaxed and less anxious in his pursuit of runs on Wednesday and the results showed.

Gaikwad, who accumulated 204 runs in six matches in IPL 2020 after recovering from a bout of Covid-19, managed just 20 runs from three outings this season. But coach Stephen Fleming clarified that every player would get ample opportunities to prove his mettle.

Perhaps those words did serve as a confidence booster. The 24-year-old started off with a four and a six in Cummins’ first over and was severe on anything pitched short. All his four sixes were disdainfully swatted over mid-wicket as he ran amok with a strike rate of over 152.

The KKR pacers never managed to restrict the run-rate and it was left to Varun Chakravarthy and Sunil Narine to share the bulk of the responsibility. While Chakravarthy made his presence felt with his variations and control, Narine in his first match this season was somewhat tidy before being carted around for 17 runs in his final over.

CSK amassed 76 runs of the last five overs but what really stood out was a hint of Dhoni’s return to form and Du Plessis’ innovative strokeplay. If Dhoni’s perfectly timed six off Prasidh Krishna over mid-wicket evoked nostalgia, Du Plessis’ form should be a welcome relief for the battered South African team ahead of the T20 World Cup.

If head coach Mark Boucher can get both Du Plessis and AB de Villiers to fire in tandem in October-November, the Proteas could threaten to be a force to reckon with.