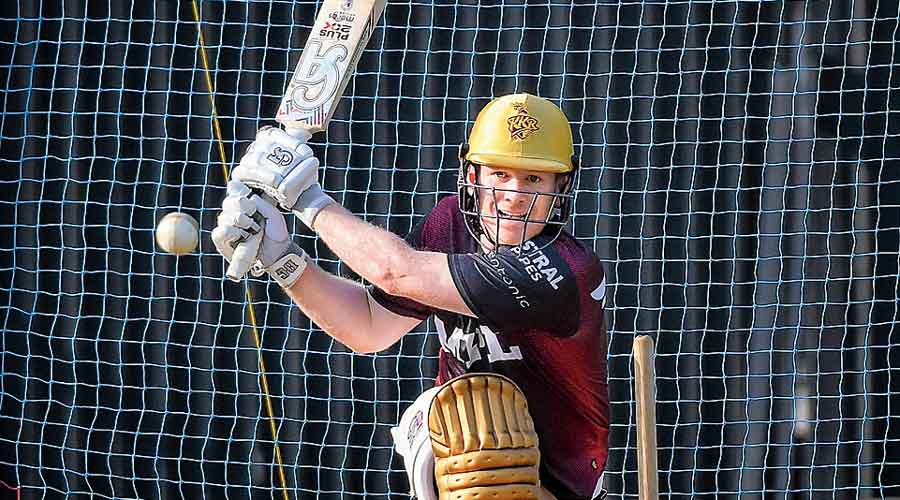 Not very often have Royal Challengers Bangalore won their first two matches in the IPL to sit pretty at the top of the points table. The last time they did so was in IPL 2014 but ultimately finished at the seventh spot.

However, the Virat Kohli-led franchise has performed well on a tricky Chennai surface thus far. New recruit Glenn Maxwell has added balance to the XI at No.4 while AB de Villiers played a game-changing knock in their opener against Mumbai Indians.

RCB will hope they continue in the same vein when they meet Kolkata Knight Riders in the first match of Sunday’s double header. KKR made a mess of their chase against Mumbai Indians in their last match in pursuit of 152.

Andre Russell, despite a five-wicket haul, looked out of depth while batting. Mumbai Indians troubled KKR with leg-spinner Rahul Chahar and left-arm spinner Krunal Pandya, and RCB will aim to do the same Yuzvendra Chahal and Shahbaz Ahmed.

KKR will look up to captain Eoin Morgan to provide solidity in the middle-order. Morgan though has a poor record against RCB: 81 runs in seven innings, at an average of 13.5.

The likes of Shakib-al Hasan and Dinesh Karthik also need to chip in at key moments. Despite Nitish Rana’s good show at the top, KKR has struggled with their batting.

KKR could continue using their spinners in the Powerplay. Kohli has a strike-rate of 124 against Harbhajan Singh but given his experience, the offie can never be written off.

KKR enjoys a 14-12 win-loss record against RCB. In the last edition, RCB beat KKR by convincing margins in both the league games, including the one time they restricted Morgan and Co. to 88 in Abu Dhabi. It ultimately cost them a Playoffs berth.

Australian all-rounder Daniel Sams on Saturday joined the RCB bio-bubble after returning with two negative RT-PCR results, more than a week after testing positive for Covid-19.

RCB all-rounder Kyle Jamieson has adjusted to the slow Chepauk track with figures of 1/30 and 1/27 in two IPL games and was all praise for Kohli’s leadership.

“He (Kohli) is such an experienced leader. He is a skilful leader and the way that he approaches the games certainly complements the way I like to go about things,” Jamieson said.

“He is competitive, he is aggressive and likes to take the game on, which is something I like to adopt as well,” Jamieson added.