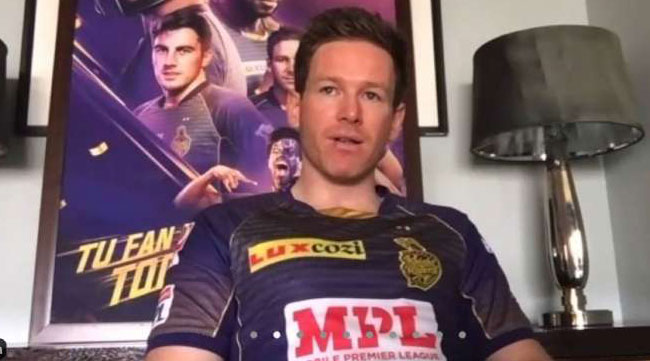 Kolkata Knight Riders will aim to overcome multiple obstacles in their quest to record their first win in this IPL when they face Sunrisers Hyderabad in Abu Dhabi on Saturday.

Both KKR and Sunrisers opened with below-par performances, against Mumbai Indians and Royal Challengers Bangalore, respectively. While the Knights never managed to get going in their chase of 196, Sunrisers surrendered their advantage after a collapse in the middle overs.

KKR need to rethink their strategy to make a quick turnaround against David Warner’s men. Coach Brendon McCullum and captain Dinesh Karthik have to define the role of the big-hitting Andre Russell and England’s limited-overs captain Eoin Morgan in the batting order.

Both the T20 specialists have it in them to dictate the course of a match and promoting them up the order could help iron out some of the creases visible in the opener.

Karthik had tried to justify dropping Russell to No.6 as part of the team “strategy” to have a left-right combination in the middle. However, it didn’t hold much ground since the move led to wastage of overs and ultimately left Russell with very little time to launch an onslaught.

A timely assault can always leave the bowlers confused and searching for the ideal line and length. Russell is adept at performing such a role and could come in handy against the likes of Bhuvneshwar Kumar and Rashid Khan.

Sunrisers will try to target Russell with Rashid’s guile and accuracy but it will be interesting to see how the Jamaican responds to the challenge. Even Morgan could come in handy when it comes to upsetting Rashid’s line.

Not just the batting pair of Russell and Morgan, Karthik’s on-field manoeuvrings when it comes to rotating the bowlers will also be in focus.

Except for Sunil Narine, the bowlers lacked penetration in the game against Mumbai Indians and they played into the hands of the batsmen’s strengths, especially Rohit Sharma. KKR will need to make early inroads to avoid a repeat and halt Sunrisers’ explosive top-order.

Pat Cummins was guilty of repeatedly bowling short when the conditions demanded a fuller length.

Warner and Jonny Bairstow would be keen to feed on such profligacy. Bairstow has been in fine form since the limited overs series in England and Warner has a special liking for the KKR attack.