At the Kalyani Stadium, the club had to wait till the penultimate minute (90+3) to ward off Garhwal FC’s challenge 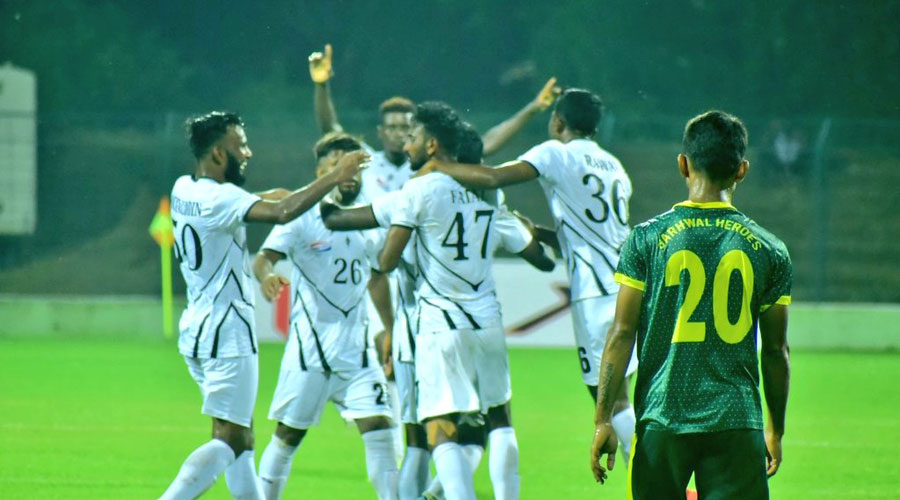 Sporting action resumed in India through I-League Qualifiers on Wednesday and both the Calcutta teams — Mohammedan Sporting and Bhawanipore FC —  recorded wins.

In the first match played at the Salt Lake Stadium, Bhawanipore defeated FC Bengaluru United 2-0 with Pankaj Moula and Ghanian Philip Adjah finding their names on the scoresheet.

At the Kalyani Stadium, Mohammedan Sporting had to wait till the penultimate minute (90+3) to ward off Garhwal FC’s challenge. Full-back Munmun Lagun’s long-ranger did not give any chance to the rival goalkeeper.

Willis Plaza of Mohammedan Sporting missed a penalty in the second half.

“It was a tough match,” Mohammedan Sporting coach Yan Law said after the match.