Tennis star outs world no. 1 Daniil Medvedev at the Canadian Masters on Wednesday 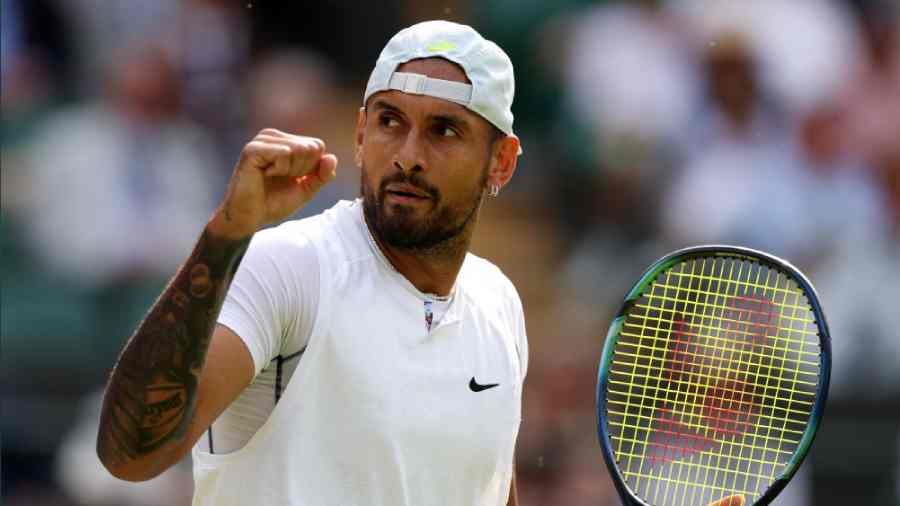 Nick Kyrgios continued his career best run of form by ousting world No.1 Daniil Medvedev at the Canadian Masters on Wednesday — a win that surprised everyone but the Australian.

Charged with confidence after his run to the Wimbledon final and a tournament win in Washington last week, the 27-year-old Kyrgios reacted with dismay at questions that suggested victory should mark some sort of career high.

“You guys are acting like I haven’t beaten world No. 1s before or something,” he told reporters in Montreal. “I’ve done it before. I’ve beaten Medvedev before. I’ve beaten Roger (Federer), Novak (Djokovic), Rafa (Nadal). “I didn’t go out there thinking that he was world No.1.

We played each other three times. He’s beaten me once, I’ve beaten him twice.

“I executed well on big points today (Wednesday). I feel like my game and my confidence under pressure is at an all-time high. That’s all I did really.”

Medvedev was joined by three of the other top five seeds in making a second-round exit on Wednesday, opening up the draw at the US Open warm-up.

The lack of rankings points at Wimbledon this year means Kyrgios is still 37th in the world and unseeded in Montreal. “It’s just one match in the scheme of things,” he said of the 6-7(2), 6-4, 6-2 win.

“This is not going to elevate my ranking into the top 10. It’s just one match, so I need to get ready for the next one.”

The next one is against compatriot Alex de Minaur in the last 16 and Kyrgios said he would continue to give everything in the tune-up events rather than rest up for Flushing Meadows.

“I think it is the best way to live my life is to just go day by day, try to be a bit better every day,” he said.

“I could go into the US Open, feel fresh, play someone on the day that is just too good. Then I’m going to regret not leaving it all out of the tank in Montreal, Cincinnati.”