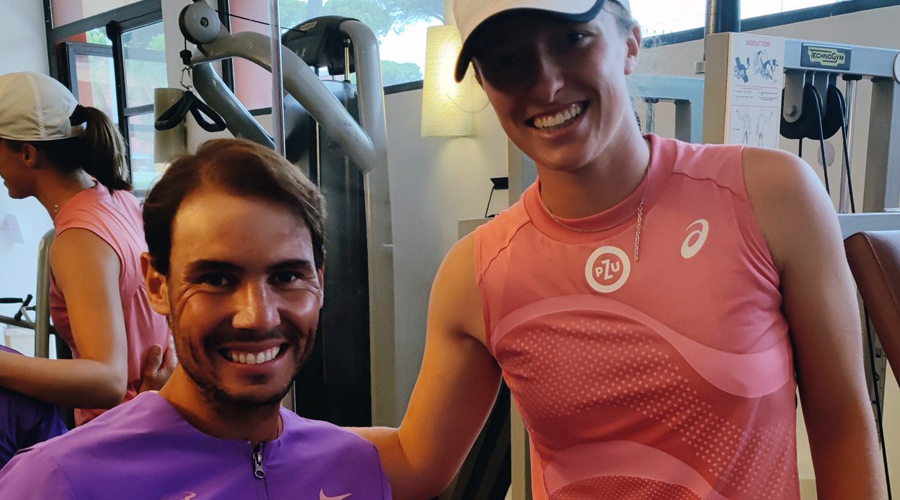 French Open champion Iga Swiatek said securing a spot in the top 10 of the world rankings was evidence her game had become more consistent after the Pole struggled with some “frustrating” results following her maiden Grand Slam triumph last year.

Swiatek, who turns 20 at the end of the month, demolished former world No. 9 Karolina Pliskova 6-0, 6-0 on Sunday in Rome to win her first WTA 1000 title and climbed six spots to number nine in the world on Monday.

“It is pretty crazy and I’m really proud of myself that I’m actually starting to be more consistent, because that was my goal from the beginning,” Swiatek told reporters.

“Actually, I feel right now that I am doing huge progress in that matter.”

Swiatek went from being a largely unknown teenager to acquiring celebrity status in October when she became Poland’s first Grand Slam singles champion and the youngest woman to win the French Open since Monica Seles in 1992.

Following her triumph, she skipped the rest of the 2020 season, and the Adelaide International had been her only title this year before Sunday.

“It was actually a bit frustrating after French Open, because sometimes you can’t see the result of your work,” said Swiatek, who last week called herself a “perfectionist”.

“So I’m really proud that I’m going to have in my resume that I’m top 10, because I always wanted that. I also want to be consistent. So right now our goal is to keep me in that place and go further.”