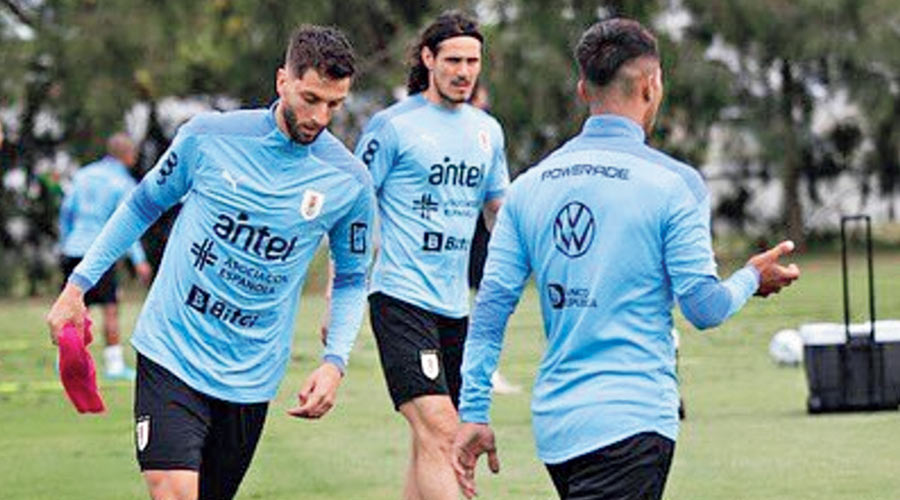 South America’s quota of four direct spots for the World Cup in Qatar could be filled with a round of qualifying to spare, with Ecuador and Uruguay aiming to secure spots behind Brazil and Argentina this week.

Peru, Chile and Colombia are seeking to remain in contention for the fourth or the fifth positions in qualifying right until the last round. Bolivia, Paraguay and Venezuela are already out.

The most-anticipated match on Thursday will be at the Centenario Stadium in Montevideo, where Uruguay (22 points) and Peru (21) will face off. Chile’s hopes (19) depend on getting points against first-place Brazil (39) in Rio de Janeiro.

Ecuador (25), in third place, can secure their spot in Qatar with a combination of different results. A win at Paraguay (13) is enough for Gustavo Alfaro’s team. A draw could also work, as long as Peru do not beat Uruguay. A loss could also suffice if Peru lose in Montevideo.

Colombia (17) will host Bolivia (15) and need an extremely unlikely combination of results to qualify.

The final rounds of qualifying are also a relief for South American teams, who have faced serious headwinds since the beginning of the pandemic, not only because of their high toll of the virus in their countries but also with health protocols required to bring Europe-based players in for matches.

Uruguay were at serious risk of not qualifying after four consecutive defeats under veteran coach Oscar Tabarez. The outlook has improved in the two matches since Diego Alonso took over. Now the Uruguayans can reach the World Cup with a victory against a direct rivals for the spot, as long as Chile do not win at Brazil. “We will play this match as if it were a final,” Alonso said.

Peru can achieve at least the fifth position with a win at Uruguay — as long as Chile do not beat Brazil at Maracana Stadium.

Avoiding defeat in Montevideo could also be enough to get close to Qatar, since next week’s round will feature Chile versus Uruguay and Peru hosting Paraguay.