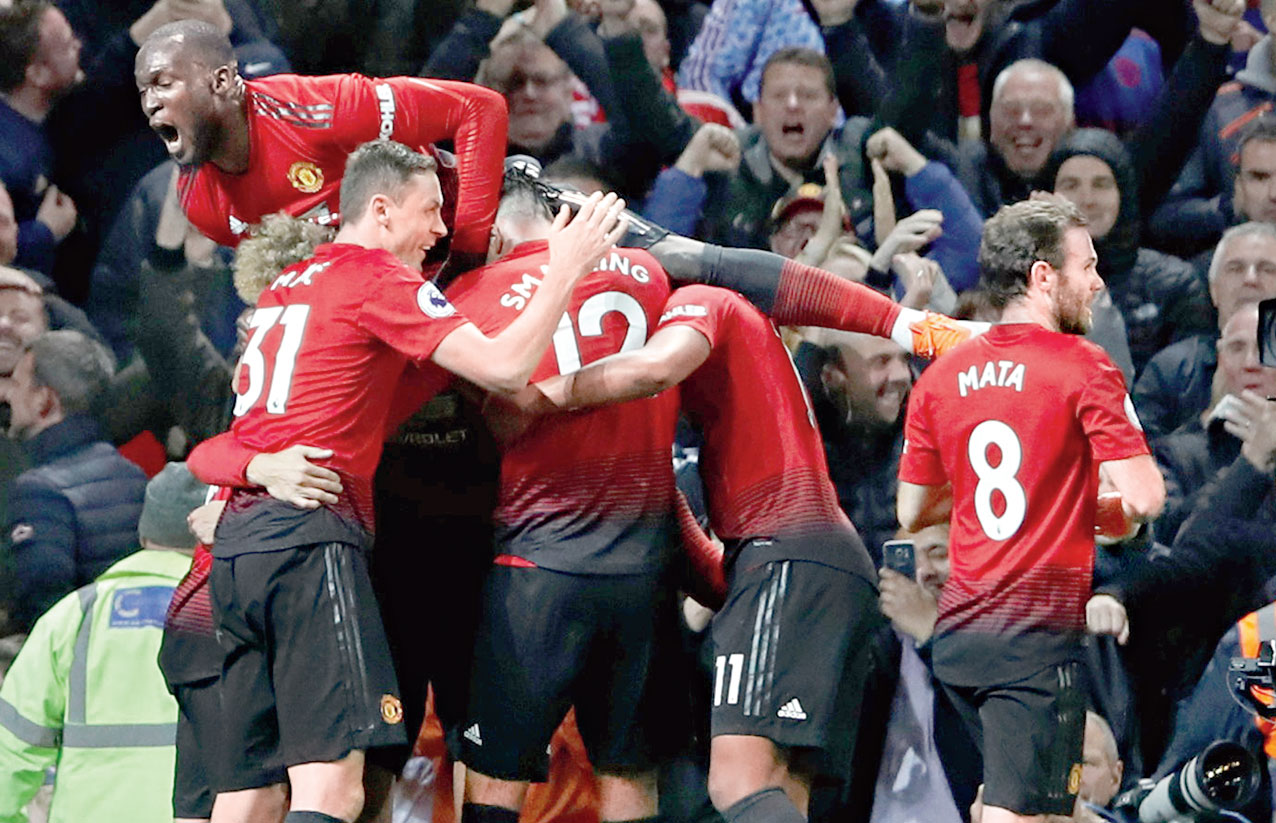 Manchester United launched a wonderful turnaround, wiping a two-goal deficit to eventually win 3-2 against Newcastle United at Old Trafford in the Premier League on Saturday.

Their barren draw against Valencia in the Champions League on Tuesday meant Jose Mourinho had gone four home matches without a win for the first time in his managerial career.

The number threatened to extend to five on Saturday as United were down 0-2 in the first 10 minutes of the game itself. Kenedy (seventh minute) and Yoshinori Muto (10th) had left the home fans stunned with their early strikes, as United were left with a lot to do with the scoreline remaining the same at the halfway stage.

However, the game wasn’t over yet for United. And they made sure they did change the complexion of the game by restoring parity after the half-hour mark of the second session. First, Juan Mata’s excellent use of the set-piece move — taking a left-footed free-kick to a nicety — reduced the margin in the 70th minute. And six minutes later, it was 2-2 when Anthony Martial’s right-footer found the bottom left corner off a Paul Pogba assist.

And then, just before the stoppage time, Alexis Sanchez’s header off a cross from Ashley Young went in as Old Trafford erupted in joy. That eventually turned out to be the winner for United.

At Wembley, Tottenham Hotspur recovered from Wednesday’s damaging 2-4 Champions League loss to Barcelona and sealed a 1-0 win over Cardiff. Messi had tormented Tottenham with a mesmerising display, capped by two goals, which left the north Londoners in danger of missing the knockout stage. But Mauricio Pochettino’s side recovered against Cardiff to move into third place .

Cardiff boss Neil Warnock joked he would play 10 defenders in a bid to stifle Tottenham and he might have regretted not doing exactly that as the hosts went in front after eight minutes. Davinson Sanchez saw his header blocked by Joe Bennett and it span into the path of England midfielder Dier, who swept home from close range for his first club goal since April 2017.

Cardiff were reduced to 10 men when Joe Ralls was sent off for chopping down Lucas Moura in the 58th minute, with Warnock incensed after Tottenham’s players surrounded the referee to demand a red card. “After Barcelona on Wednesday, the most important thing was to win. We created a lot of chances, but we didn’t kill the game,” Pochettino said.

“It was a clear red card from my point of view. Neil Warnock can complain, but it is not my business.”