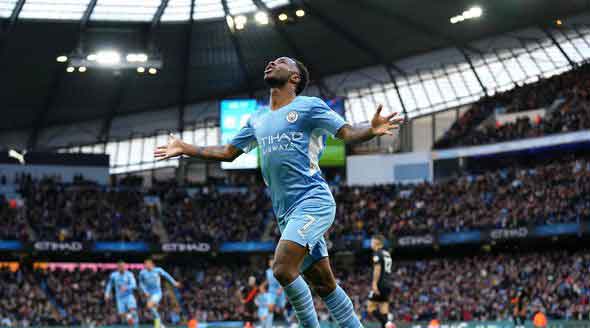 Manchester City manager Pep Guardiola has hailed forward Raheem Sterling for stepping up to take a penalty and score his 100th Premier League goal in Saturday’s 1-0 win over Wolverhampton Wanderers at the Etihad Stadium.

Guardiola said he was impressed with the haul of Sterling, who turned 27 a few days ago, and also praised goalkeeper Ederson who bagged his 100th clean sheet for the club in his 212th game.

“It’s a great number at Raheem’s age, 100 goals is a lot. Like the 100 clean sheets from Eddie. Congratulations to both and to the team,” Guardiola added.

“Players are always important, but they are sometimes dropped.  I’m unfair sometimes, they play well and I don’t play them.

“Raheem has scored goals lately and is so committed and aggressive... He has been incredibly important over the years. But players have to perform every single game.”