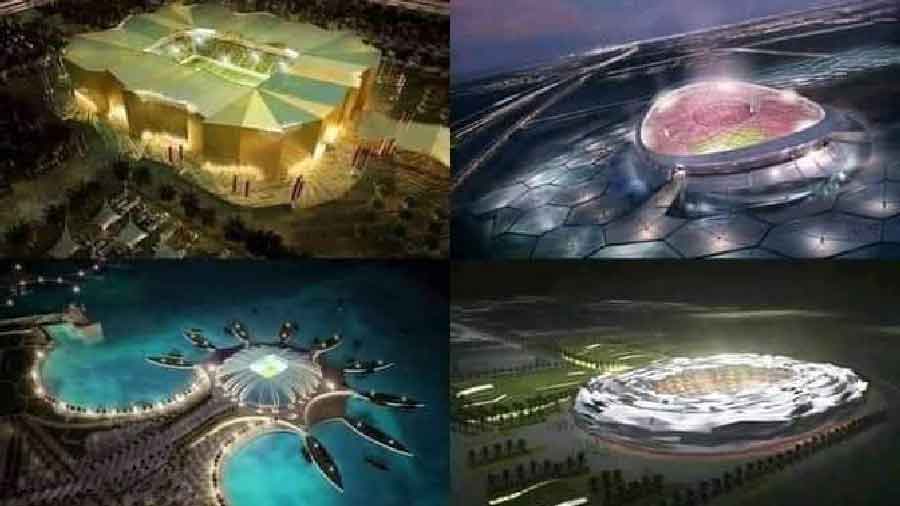 Hotels that are on the official list of recommended accommodation for the 2022 World Cup in Qatar are required to welcome guests in a“non-discriminatory manner” or face termination of contracts, FIFA said on Friday.

A Scandinavian media survey showed that three of the 69 hotels on FIFA's official list of recommended accommodation will deny entry to same-sex couples.

Twenty other hotels said they would accommodate them as long as they did not publicly show that they were gay, while 33 hotels had no issues on booking same-sex couples.

Homosexuality is illegal in Qatar, which will host the World Cup from Nov. 21 to Dec. 18.

In a statement to Reuters, FIFA said that, since being made aware of the report, it has been in touch with the Supreme Committee for Delivery & Legacy (SC) and“will ensure that the hotels mentioned are once again made aware of our strict requirements in relation to welcoming guests in a non-discriminatory manner.

”Hotels, as well as any other service provider associated with the FIFA World Cup, who fail to comply with the high standards set by the organisers will have their contracts terminated.

”On top of that, the said requirements will continue to be reinforced in awareness raising sessions and subsequently monitored and evaluated through audits and inspections of hotels linked to the FIFA World Cup.

”Qatar is fully aware of its responsibility to adhere to FIFA's expectations and requirements on human rights, equality and non-discrimination. Qatar is committed to ensuring that everyone will be able to enjoy the tournament in a safe and welcoming environment, to building bridges of cultural understanding and to creating an inclusive experience for all participants, attendees and local communities, including from the LGBTQI+ community.”

The SC said on Thursday that Qatar is a“conservative country” but was“committed to delivering an inclusive FIFA World Cup experience that is welcoming, safe and accessible to all”.
Wyndham Grand Regency Doha, The Torch Doha and Magnum Hotel & Suites Westbay were the three hotels mentioned in the report.

”While observing and respecting the law of Qatar, Wyndham Grand Regency Doha does not in any way discriminate against guests of any background and aspires to deliver the highest guest satisfaction, which will only be possible by treating everyone fairly and equally,” the hotel told Reuters.

The Torch referred to the SC statement when asked about their policy for same-sex couples, while Magnum Hotel & Suites did not respond immediately to a Reuters request for comment

Qatar World Cup 2022 will be a watershed moment for humanity