Qatar World Cup 2022 will be a watershed moment for humanity 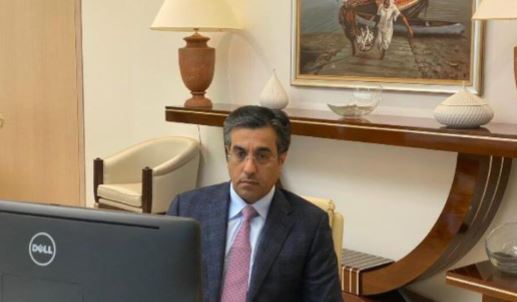 DOHA - After considerable adjustments to improve migrant workers' living conditions, Qatar is now regarded as a migrant worker-friendly model in the Middle East.

With the FIFA World Cup 2022 only a few months away, Qatar is now prepared to host the world's most popular sporting event. Major adjustments have been undertaken to enhance the living conditions of migrant workers, which have been praised by the International Labour Organisation (ILO), the United Nations (UN), FIFA, and other key organisations, with Qatar today being seen as a migrant worker-friendly model in the Middle East. Qatar has done a commendable job with its migrant workers reforms.

The government in Qatar, where the World Cup will be held in November 2022, has shown a "strong commitment" to guarantee labour changes are completely implemented, according to FIFA president Gianni Infantino.

He was happy by the strong commitment of the Qatari authorities to make sure that the reforms were implemented fully across the labour market, creating a long-term legacy of the FIFA World Cup and benefiting migrant workers in the host country, Infantino said.

Qatar's Minister of Labour, Dr. Ali bin Samikh Al Marri, previously stated that Qatar has opened its doors to the world and has accepted constructive criticism with ambition and respect. However, they must correct the record by including the missing information.

They were the first country in the region to have an International Labour Organisation office with a mandate that would last beyond 2022, he continued. They introduced laws in accordance with worldwide best practice, working with the ILO. The next stage was to ensure that the reforms were properly implemented by influencing employers' deeply rooted cultural views.

They  succeeded in abolishing 'kafala,' the system in which employers functioned as 'sponsors' and had the right to deport workers and grant permission to expatriates to leave the country, despite widespread belief that it was impossible.

The idea of a minimum wage was enthusiastically embraced, and it is now monitored via electronic payments, with plans to expand it. During the hottest months of the summer, 338 businesses were suspended for not respecting working hours.

They had also abolished the obligation for most workers to get exit permits, tightened laws on working hours to lessen the risk of heat stress, and imposed a minimum pay, he mentioned, claiming that work-related injuries had decreased significantly in the country.

The ITUC-Asia Pacific Mission to Qatar applauded the government's stated commitment to consolidate and sustain labour reforms beyond the World Cup in 2022, as outlined in the Qatar

National Vision 2030. In this regard, the mission welcomed Qatar's proposal for the International Labour Organisation to establish a more structural presence in the country to continue to monitor the process.

Exit permits for personnel in ministries and government agencies, public bodies and institutions, the oil and gas sector and connected firms, maritime transport, agriculture and farming, and private offices have been eliminated (Ministerial Decision No. 95 of 2019).

Foreign workers may change employers according to the Ministry of Labour's laws and regulations. Certain provisions of the Labour Law were altered by Decree-Law No. 18 of 2020, allowing both the employee and the employer to terminate an employment contract without explaining the reasons for such termination, provided that due notice is given.

Ministerial Decision No. 25 of 2020 established the minimum wage for workers and domestic workers, requiring employers to pay workers a baseline monthly income of at least 1,000 QAR. Furthermore, if the employer fails to provide suitable housing or food for the employee, he must pay a minimum housing allowance of 500 QAR and a monthly and minimum food allowance of 300 QAR.

The new contract strengthens the domestic workers' rights and aligns them with those of other workers covered by the Labour Law in terms of maximum working hours, weekly rest days, sick leaves and overtime compensation, just like the workers of the private sector.

It is astounding to see how, even today, it is so easy to feed prejudices. We fail to see the facts and choose to believe what we have always known to be true. Similar thing happened with Qatar. Its efforts and determination to shed the old traditions and grow with the world as a modern nation were lost in false misinterpreted and old information rolling through the publications like Amnesty and the reports released by the Human Rights.