Leicester thought they had done enough via Patson Daka and the excellent James Maddison, fighting back against a dominant Spurs display with some brilliant counterattacking 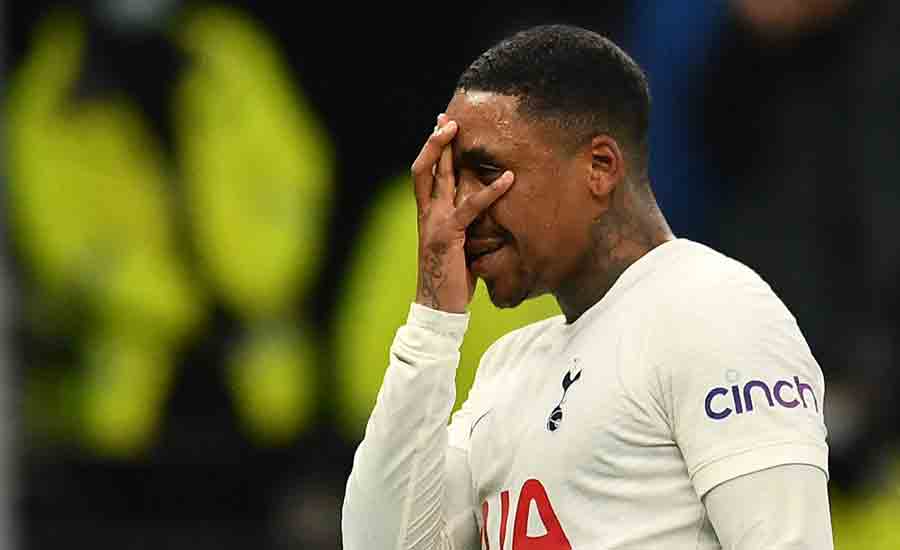 It took a little over a minute for Tottenham Hotspur to turn a game they wondered how they had failed to win into one Leicester City couldn’t believe they had lost.

Five minutes of stoppage time had been played when substitute Steven Bergwijn appeared in the box to crash the ball home and seemingly rescue a draw for Spurs at the King Power, but in the two that remained, the winger turned the improbable into the unbelievable, rounding Kasper Schmeichel to score again and seal the season’s most astonishing comeback.

Leicester thought they had done enough via Patson Daka and the excellent James Maddison, fighting back against a dominant Spurs display with some brilliant counterattacking.

The dramatic 3-2 win moved Spurs above their north London rivals Arsenal into fifth place on 36 points in the Premier League — a point behind fourth-placed West Ham United.

While Bergwijn was the hero, Kane, who netted Spurs’ first goal, also looked close to his best both as a finisher and a creator. But it was Leicester’s Zambian forward Daka, standing in for the injured Jamie Vardy, who put them ahead, against the run of play, in the 24th minute with a sliding left-footed finish at the back post after Sergio Reguilon had failed to clear.

The visitors drew level in the 38th minute with a clinical finish from Kane, who beat the offside trap, skipped inside Caglar Soyuncu and drilled a low shot in off the far post.

It was a tighter affair after the break but Leicester got in front in the 76th minute when substitute Harvey Barnes found Maddison whose low shot struck the outstretched leg of Japhet Tanganga and flew in via the post.

Bergwijn said he was living “every boy’s dream”.

“The manager told me to score goals, make difficulties for the defenders and stay close to Harry (Kane),” said the Dutchman.

“This is every boy’s dream to turn around a game like this,” he added.

In west London’s Community Stadium, Brentford didn’t have much to cheer about as they were beaten 3-1 by Manchester United.

A United win did not look likely as Brentford dominated the first half but the visitors were clinical after the break with goals by Anthony Elanga, Mason Greenwood and Marcus Rashford securing a flattering victory.

Brentford should have been comfortably ahead by halftime but spurned numerous chances with Mathias Jensen twice denied by the outstretched leg of United keeper David De Gea.

Several other opportunities went begging and they were made to pay for their profligacy when Elanga nodded United in front in the 55th minute and Greenwood tapped in after a counter-attack before substitute Rashford rifled in his side’s third in the 77th minute to deflate Brentford.