In memory of Queen, play on football 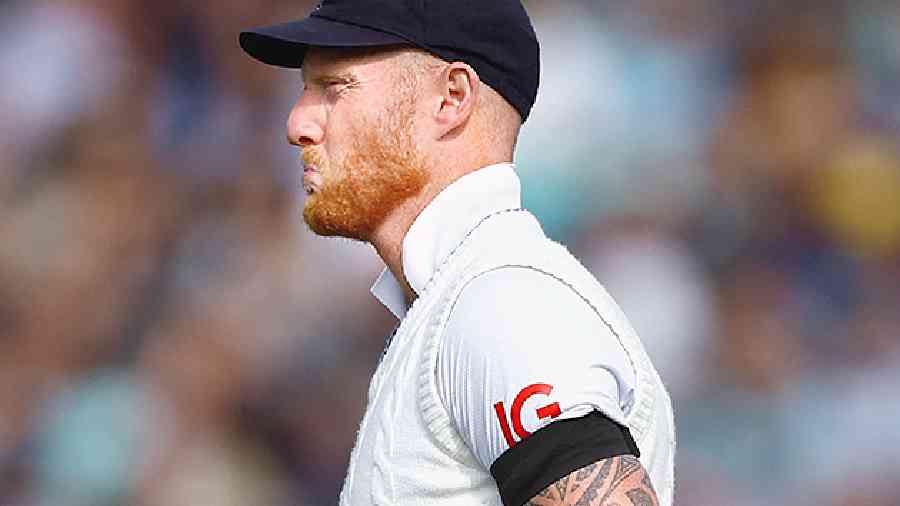 England captain Ben Stokes wears a black armband on Saturday when the Test match against South Africa resumed after a day’s break following the death of Queen Elizabeth.
Twitter
Reuters   |   London   |   Published 11.09.22, 03:36 AM

British soccer has come under fire for its decision to postpone this weekend’s round of fixtures following the death of Queen Elizabeth, with some fans questioning the move in contrast to other sports bodies who opted to let play resume.

The queen, Britain’s longest-reigning monarch, died at her home in Scotland on Thursday aged 96, prompting English soccer’s top-flight Premier League as well as the English Football League to postpone their next round of fixtures as a mark of respect.

Soccer games in Northern Ireland this weekend were also postponed, while the Football Association of Wales postponed fixtures from September 9-12.

But England’s deciding third cricket Test match against South Africa at The Oval resumed on Saturday, while the rugby Premiership will also get under way after Friday’s two season-opening matches were rescheduled.

The Football Supporters’ Association (FSA), which is the representative body for soccer fans in England and Wales, said the cancellation of games was a missed opportunity for fans to pay their respect.

“We believe football is at its finest when bringing people together at times of huge national significance — be those moments of joy or moments of mourning,” the FSA said.

Neville added: “Sport can demonstrate better than most the respect the Queen deserves.”

The Department for Digital, Culture, Media and Sport had said there was “no obligation to cancel or postpone events and sporting fixtures”, effectively leaving the decision to each sport’s governing body.

There were moving scenes at The Oval in London as supporters applauded at length after singing “God Save the King” before the day’s action got under way, the vast majority of the crowd no doubt singing the anthem for the first time in their life.