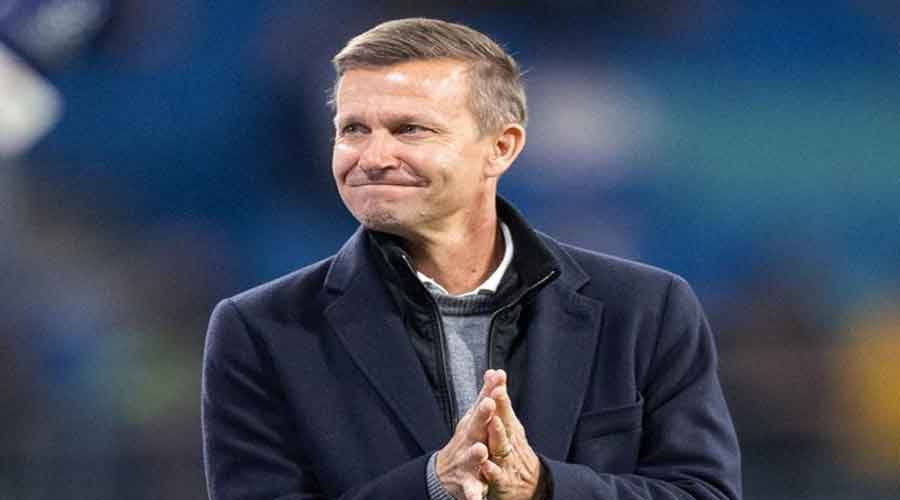 A second half goal from Harvey Barnes moved Leicester up to 10th in the standings while a fifth straight defeat for Leeds leaves them two points above the relegation zone in 16th place — but having played more games than all teams below them.

The match began with end-to-end action and Leicester striker Jamie Vardy tormented Leeds’s high line early on, but the visitors managed to keep a clean sheet in the opening 45 minutes for the first time since January.

“Even going into the match I felt the performance was more important than the points,” Marsch told BBC.

“It’s our first match together, we’ve had four days on the (training) pitch and I’m pleased with how they controlled the game in all phases of the match, including set-pieces. They’ve made so much progress in a short space of a time.”

Kai Havertz scored twice as Chelsea picked up a third straight league win with a 4-0 victory at struggling Burnley.

Chelsea struck three times in an eight-minute spell at the start of the second half as Burnley, who had wasted a series of chances in the first half, fell apart.